Home / net-worth / Rob McElhenney Net Worth - How Much Does the Sunny Actor Earn?

Rob McElhenney Net Worth - How Much Does the Sunny Actor Earn?

Actor, writer, producer, and director Rob McElhenney is best known as the character 'Mac' on the offbeat sitcom 'It's Always Sunny in Philadelphia'.

McElhenney came up with the idea while he was working as a waiter between acting jobs. He pitched his idea to several studios and ended up signing with F.X.

He debuted his film career with a small role in 'The Devil's Own,' and then appeared in several movies like 'Wonder Boys', 'Thirteen Conversations About One Thing', and 'A Civil Action'.

Rob is a pretty well-known star in Hollywood, and being such a prominent star, the actor surely earns a hefty amount of money from all the projects he does. Let's check out how much wealth he has.

According to celebrity net worth, Rob has a net worth of $50 million. Rob is not only an actor but also a producer, and as a producer, he earned $33 million from the sales of comedy central show's rights.

Just like any other in the industry, Rob too refrains from giving out the exact details of his wealth. Nevertheless, the actor/writer amassed a fair deal of fortune from his professional career.

The star's wife is also worth a reported $18 million. His total might be a combination of both their net worths.

The actor owned a 4,024 sq feet home at Sherman Oaks worth $2.1 million, which he bought alongside his wife. The 'Sunny' creator, writer, producer, and actor Rob McElhenney grabbed the East Coast traditional property set behind gates on an almost quarter-acre lot on a coveted street in a prime pocket of the Sherman Oaks community in L.A.'s San Fernando Valley back in 2008.

Ten years later, Rob listed the very same property for sale. The asking price, initially $2.75 million, was dropped down to $2.675 million to make the transition quicker.

The Source of the Wealth — Rob McElhenney's Career

The Philadelphia resident initially struggled to find his footing as an actor in the Hollywood industry before turning to create his shows. Nobody expected a masterpiece like 'It's Always Sunny in Philadelphia' from an unheard guy barely surviving in the industry.

Rob in 'It's always Sunny in Philadelphia'.
Source: Uproxx

But with the pilot episode of the series that he created collaborating with Charlie Day and Glenn Howerton, Rob's dreams of tasting stardom appeared closer than ever.

A hardworking stage actor who had previously essayed roles in numerous Fordham University productions in addition to dabbling in regional theater, McElhenney began segueing into a film with supporting roles in features such as 'The Devil's Own', 'A Civil Action', and 'Thirteen Conversations About One Thing'.

The 2009 comedy movie, written by Rob that focused on the day-to-day happenings on an intergalactic spaceship, received an impressive 8.2 rating out of 10 in IMDb.

'It's Always Sunny in Philadelphia'

Probably the most important and the most significant milestone of Rob's career, 'It's Always Sunny in Philadelphia' remains a timeless comedy piece to date.

The 2005 series follows the story of five friends with big egos and slightly arrogant attitudes as they act the proprietors of an Irish pub in Philadelphia.

The year 2020 brought a new project involving Rob McElhenney as the star in 'Mythic Quest: Raven's Banquet' in Netflix.

The series follows the journey of the owner of a successful video game design company and his troubled staff as they struggle to keep their hit game 'Mythic Quest' on top.

Watch: Rob's Interview on 'It's Always Sunny in Philadelphia'

It might've taken a long time, but Rob McElhenney finally made his mark in the Hollywood industry as an actor with his recent project on Netflix.

For more articles on celebrity net worth, head on over to Idolpersona.com 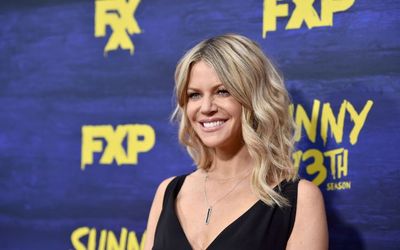 Kaitlin Olson Net Worth - Complete Detail of the Actress' Fortune