Home / net-worth / Who is Richer Blake Lively or Ryan Reynolds? Into Power Couple's Net Worth

Who is Richer Blake Lively or Ryan Reynolds? Into Power Couple's Net Worth 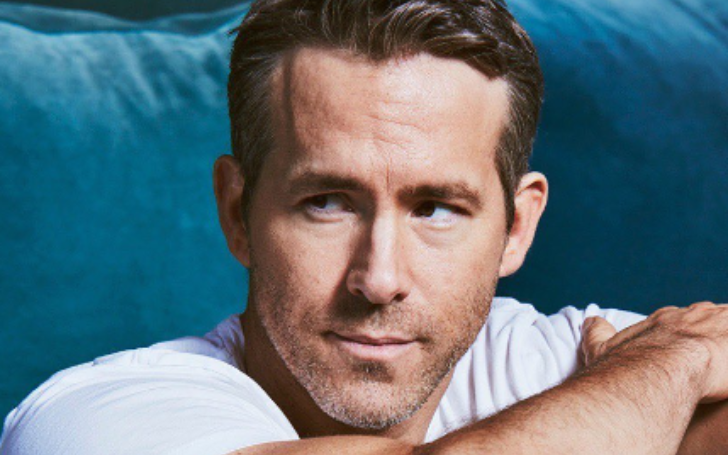 Grab All The Details On Ryan Reynolds' Net Worth!!

Ryan Reynolds is an actor. The 45-yer-old actor is one of the highest-grossing film actors of all time, thanks to his multiple appearances as Deadpool in the 20th Century Fox X-Men films.

The 6'2'' tall star has received numerous accolades during his 30-year career in film and television, including a Critics' Choice Movie Award, three People's Choice Awards, a Grammy and Golden Globe nomination, and a star on the Hollywood Walk of Fame. Reynolds is married to his wife, Blake Lively, and has three kids.

What Are Ryan Reynolds And Blake Lively's Net Worth?

Ryan Reynolds' net worth is $150 million as per Celebrity Net Worth. His wife, Blake Lively has a net worth of 30 million. She gradually increased her salary while she was a Gossip Girl cast member. Lively eventually reached her peak rate of $60,000 per episode.

Reynolds' starting salary for Deadpool was $2 million. His earnings increased nearly tenfold as a result of a lucrative share of the backend points. The first Deadpool film cost only $58 million to produce and grossed $780 million.

In 2017, Reynolds earned $22 million, making him one of the top 20 highest-paid actors in the world. Although Ryan's earnings for Deadpool 2 have not been officially confirmed, he is expected to earn at least $20 million for the sequel. With backend points, his earnings for the second film, which grossed $785 million worldwide, could eventually reach $30-40 million.

Following the success of the Deadpool franchise, Ryan has joined the ranks of actors who can earn $20 million upfront to star in a film. He received $27 million upfront for the Michael Bay film 6 Underground.

A country house outside of Bedford, New York, was bought by Ryan Reynolds and Blake Lively in 2012. The house, which is on 1.8 acres, cost them $2.35 million. With 4,753 square feet, the interior of the house is also spacious.

The garden estate reminds one of the English countrysides, and it has a stone terrace with a view of a body of water. The house fulfills Lively's long-held desire to reside in a more rural area, in addition to giving the couple plenty of privacy.

A country house outside of Bedford, New York, was bought by Ryan Reynolds and Blake Lively in 2012.
Photo Source: Instagram

The couple quickly changed their minds, though, and decided to sell the house in 2013 for $2.495 million. They bought another property in Pound Ridge, only four miles away, after that one was sold. They paid $5.7 million this time for their new home, which was constructed in 1860.

Their new home has 11.65 acres of land because the price was higher and the land was larger. Although information about the interior is rare, it is believed that the Hollywood power couple quickly started renovation work on their new home after purchasing it.

Ryan Reynolds was named the face of Armani Code in January 2019 and led the advertising campaign for the brand's Absolu fragrance.

Ryan Reynolds was named the face of the Armani Code in January 2019.
Photo Source: Instagram

Ryan Reynolds' career began while he was still in high school, in 1991. He was cast as Billy Simpson in the Canadian teen soap opera Hillside, which was distributed in the United States by Nickelodeon under the title Fifteen. Reynolds had a recurring role as Macro on The Odyssey after it ended in 1993.

Ryan Reynolds' career began while he was still in high school, in 1991.
Photo Source: Instagram

During this early stage of his career, Reynolds also appeared in an episode of The X-Files, played Bobby Rupp in the two-part miniseries In Cold Blood, and co-starred in the TV movie Sabrina the Teenage Witch with Melissa Joan Hart.

Then, beginning in 1998, Ryan starred as Michael "Berg" Bergen in the four-season series Two Guys, A Girl, and a Pizza Place. He later appeared in films such as National Lampoon's Van Wilder, Blade: Trinity, The Amityville Horror, Smokin' Aces, The Proposal, Buried, Safe House, R.I.P.D., The Voices, The Captive, Mississippi Grind, and Netflix's 6 Underground.

Reynolds also starred in movies such as Just Friends, X-Men Origins: Wolverine, Adventureland, Women in Gold, and Criminal as a supporting actor. The fact that Ryan has starred in movies with both Marvel and DC characters makes him one of the few actors in the world.

Click Here To See: What is Brenda Song Net Worth? Details on her Movies & TV Shows

Ryan acted in the Warner Brothers film Green Lantern in 2011 as the Green Lantern superhero Hal Jordan. Both the box office and the reviews for the movie were a bust, but Reynolds bounced back and found success with Deadpool in 2016.

After playing Wade Wilson/Weapon XI in X-Men Origins: Wolverine, Reynolds first got involved with the Deadpool film's development. The 2016 film Deadpool disregards what happened in the X-Men film, reboots the character of Deadpool, and creates a new backstory that is more closely aligned with the original Marvel Comics source material.

Deadpool broke several box office records. It's $264.9 million worldwide opening from 62 markets was the highest for a 2016 film, the highest for an R-rated film, and the second-highest for Fox. Its enormous popularity and success were followed in June 2017 by the sequel, Deadpool 2.

Reynolds, 45, has ventured into the world of voice acting in addition to his on-screen roles. He voiced Pikachu in Pokémon Detective Pikachu and starred in two Dreamworks Animation films, The Croods, and Turbo. Ryan was also the CGI Pikachu's facial motion caption actor.

Reynolds received a Saturn Award for Best Actor for Deadpool in 2017 as well as a People's Choice Award for Favorite Movie Actor. In 2017, he was nominated for a Golden Globe Award for Best Performance by an Actor in a Motion Picture - Musical or Comedy for his work in Deadpool.

In 2016, Ryan was honored with a Motion Picture Walk of Fame star at 8601 Hollywood Blvd.

What is Alexis Bledel Net Worth in 2022? Details on her Earnings here