Home / lifestyle / Is Ryan Seacrest Dating? Who is his Girlfriend? All Details Here

Is Ryan Seacrest Dating? Who is his Girlfriend? All Details Here 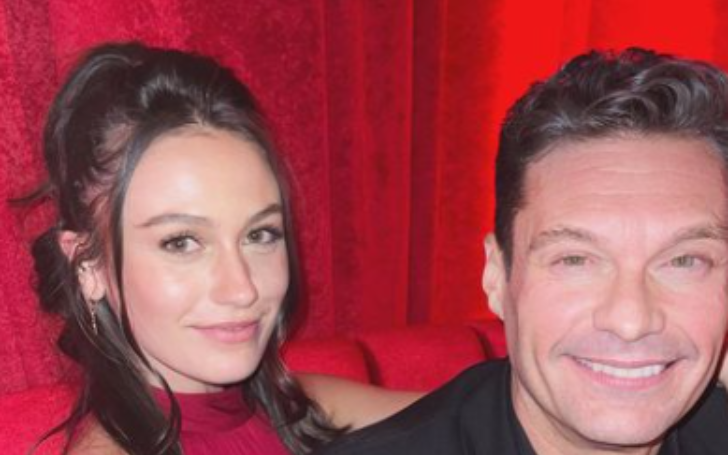 Learn All The Details On Ryan Seacrest's Personal Life!!

As the host of American Idol, the 5'7'' tall host soared to prominence. For that, he got Emmy nominations. In May 2017, Seacrest began co-hosting Live with Kelly and Ryan.

Yes, Ryan Seacrest, 47, is dating his girlfriend, Aubrey Paige. She is a well-known model. Paige, based in New York City, is frequently seen on Instagram, where she has over 58k followers, posting about her work.

According to Heavy, Aubrey previously earned an associate's degree in fashion marketing from Austin Community College. Despite a famous career and relationship, little information about her is available since she prefers to keep her personal life private.

Do Ryan Seacrest and his girlfriend, Aubrey Paige, have any children?

No, Ryan Seacrest and his girlfriend, Aubrey Paige, do not have any children together at this moment. As per The Sun, since the couple began dating, Seacrest has become more open about the potential of having kids.

Ryan Seacrest and his girlfriend, Aubrey Paige, do not have any children together at this moment.
Photo Source: Instagram

"I start thinking about cutting off certain times in my month, year, or week to focus on my personal life," Seacrest said in December 2021 to WSJ Magazine.

"I do want to have children. But, at my age, I haven't even started down that road. I believe it's been evident to me in the last year that yeah, I do want to do that.... I want to be available and present."

In 2009, Ryan Seacrest confirmed his two-year on-again, off-again romance with model Sara Jean Underwood on The Howard Stern Show. In April 2010, he began dating Julianne Hough of Dancing with the Stars. Their relationship ended on March 15, 2013. The duo dated for over two years before splitting up.

Seacrest was romantically involved with model and personal chef Shayna Taylor in 2013. They split briefly in 2014, moved in together in May 2017, and separated again in February 2019.

By September 2019, Ryan and Taylor were back together. On June 29, 2020, it was reported that the pair had split for the third time.