Home / lifestyle / Who is Ryder Robinson? Who is he Dating? All Details Here

Who is Ryder Robinson? Who is he Dating? All Details Here 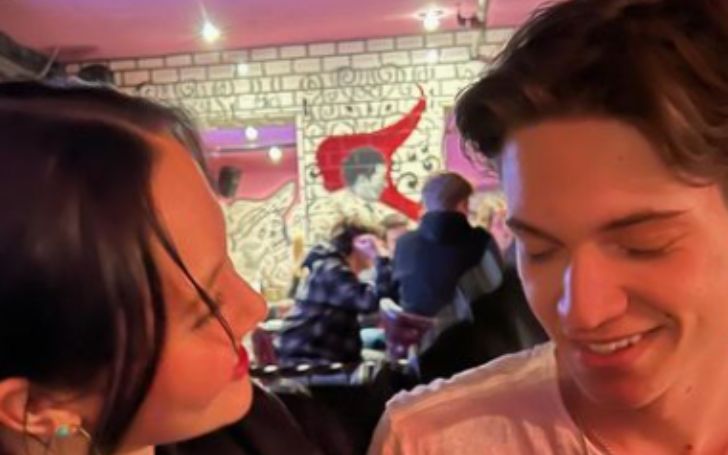 Grab All The Details On Ryder Robinson Personal Life!!

Ryder Robinson, 18, is the son of actress Kate Hudson and her ex-husband, Chris Robinson, a singer and former member of "The Black Crowes."

The estimated net worth of Robinson is around $1.5 million. In this article, learn all about Ryder's personal life.

Who is Ryder Robinson?

Ryder Robinson was born in the United States of America on January 7, 2004, in Los Angeles, California. Kate Hudson, his mother, is an actress who has starred in films such as Almost Famous, Alex & Emma, How to Lose a Guy in 10 Days, Bride Wars.

Chris Robinson, Ryder's father, was a member of The Black Crowes from 1989 to 2002 and again from 2005 until 2015. Robinson has five studio albums to his credit as a solo artist, including New Earth Mud and This Magnificent Distance.

Who Is Ryder Robinson Dating?

As per Vanity Fair, the relationship between Ryder Robinson and Iris Apatow has been social media confirmed. On Monday, he posted an Instagram snapshot of himself putting a kiss on the cheek of Leslie Mann's youngest daughter, captioning the photo with a simple red heart in honor of Valentine's Day.

The relationship between Ryder Robinson and Iris Apatow has been social media confirmed.
Photo Source: Instagram

Both families have shown their complete support for this youthful love. "Sweets," Hudson wrote beneath the photo, with a double heart emoji, while Mann left a string of red heart emojis.

Recommended: Is Alycia Debnam-Carey Lesbian? Detail About her Relationship

Euphoria star Maude Apatow, Iris's sister, also commented on the post, writing, "So cute:')." It's unknown how long the two teenagers have been dating.

On October 22, 2007, Chris's divorce was finalized, and Kate was given joint custody. He reopened his child custody agreement with his ex-wife on February 6, 2017. According to a close family source, Ryder wished to be with his father.

In 2009, Chris married Allison Bridges and welcomed Cheyenne Genevieve Robinson as a baby daughter in California on December 26, 2009. In 2015, they chose Marin County as their home; however, they divorced in October 2018.

Ryder's mother began dating Muse vocalist Matt Bellamy in early 2010. Their son, Bingham Hawn Bellamy, was born in July 2011 after marriage in April 2011. On December 9, 2014, they announced the end of their relationship. In late 2016, she met Danny Fujikawa, a singer, and actor, and on October 2, 2018, their daughter, Rani Rose Hudson Fujikawa, was born.