Home / lifestyle / Is Sam Corlett of 'Vikings' Fame Dating? Who is his Girlfriend? All Details Here

Is Sam Corlett of 'Vikings' Fame Dating? Who is his Girlfriend? All Details Here 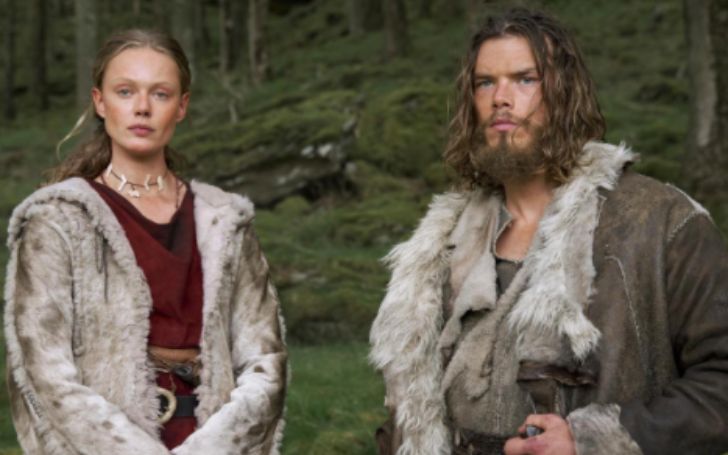 Grab All The Details On Sam Corlett of 'Vikings' fame Personal Life!!

Sam Corlett is an Australian actor best recognized for his role as Leif Erikson in the Vikings: Valhalla historical drama series, which premiered in 2022. He had previously starred on Chilling Adventures of Sabrina as Caliban.

6'1'' tall model has a huge number of admirers and followers worldwide due to his acting and modeling success. Corlett has a large following on several social media platforms like Instagram. As per Stark Times, his estimated net worth is around $1 million.

No, Sam Corlett is not dating and does not have a girlfriend. The actor likes a low-key personal life; he has yet to reveal whether he has had any past or present relationship affairs.

Sam Corlett is an Australian actor best recognized for his role as Leif Erikson in the Vikings: Valhalla historical drama series, which premiered in 2022.
Photo Source: Instagram

In the meantime, no information about Corlett's possible girlfriend or partner has surfaced on the internet. He has yet to reveal details about his romantic life, despite having over 893k followers on his Instagram.

You May Also Like: Bachelor in Paradise Stars Riley Christian and Maurissa Gunn Ended their Engagement, Know the Reason

Because the actor wants to keep his dating life private, some fans believe Sam is gay. However, this is not the case, and he is straight. For now, Corlett prefers to stay away from dating affairs and concentrates entirely on his profession in the entertainment industry.

Sam Corlette was born on April 23, 1995, in Central Coast, New South Wales, Australia. He received a Bachelor of Arts in Acting from the Western Australian Academy of Performing Arts (WAAPA) in 2018. Before becoming an actor, Corlett worked as a model for Viviens Models.

Corlett made his big-screen debut in 2020, starring Eric Bana, as the teenage Luke Hadler in Robert Connolly's mystery thriller The Dry. Corlett also landed a recurring role as Caliban (Prince of Hell) on Chilling Adventures of Sabrina in 2020, alongside Kiernan Shipka, for 14 episodes filmed in Vancouver, Canada.

Sam has been cast in a major part in History's Viking's sequel Vikings: Valhalla, which premiered on Netflix on February 25, 2022. In the Viking saga, set over a century after the Lothbrok era, Corlett pairs up with Leo Suter as Harald Sigurdsson and Frida Gustavsson as Freyds Eirksdóttir.

One of the first Europeans to discover North America is thought to have been Leif Eriksson. Corlett began each day at Ashford Studios in Wicklow, Ireland, filming Vikings: Valhalla with meditation, followed by a seven-kilometer run, a swim in the freezing Irish Sea, and some weight training.