Home / net-worth / What is Sam Corlett Net Worth? All Details on his Movies & TV Shows 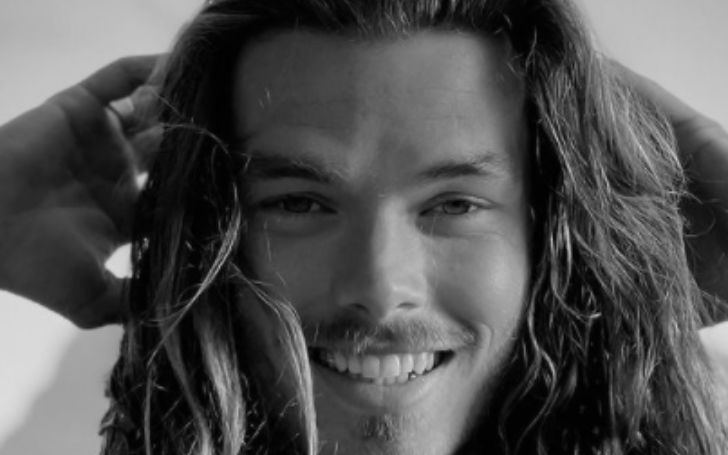 Grab All The Details On Sam Corlett's Net Worth!!

Sam Corlett is an Australian actor and model who has been on television and in films. In 2022, he is best recognized for his performance as Leif Eriksson in the Netflix series Vikings: Valhalla.

6' 1'' tall actor also appeared in the TV show Chilling Adventures of Sabrina. After graduating, Corlett began his career in Jane Harper's thriller The Dry, which he co-starred with Eric Bana. Talking about his personal life, he does not have a girlfriend.

What is Sam Corlett's Net Worth?

As per Stark Time, Sam Corlett has a net worth of about $1 million. With his growing acting career, he increases his professional worth.

Sam Corlett is an Australian actor and model who has been on television and in films.
Photo Source: Instagram

Since 2014, model and actor Corlett have been working in the entertainment sector. And the young actor has been gaining fans left and right as a result of his work. He has amassed a sizable fortune which has helped him to live comfortably.

In the Chilling Adventures of Sabrina, Sam Corlett made his debut appearance as Caliban in the hit Netflix series. Not to mention the fact that the famous Archie Comics adaption was Corlett's first big break; in addition, he has appeared in short movies such as Noah and Pretty Face.

In the Chilling Adventures of Sabrina, Sam Corlett made his debut appearance.
Photo Source: Instagram

Corlett was also seen in The Dry. Luke was played by the actor in this film version of Jane Harper's best-selling novel. Reese Witherspoon produced the film, which also stars Eric Bana, Genevieve O'Reilly, and Keir O'Donnell.

You May Also Like: What is Troy Aikman's Net Worth & Salary? All Details Here

Returning to the series, Sam is a self-proclaimed Prince of Hell who challenges Sabrina to be the ruler of Hell. He also appears in the series alongside Kiernan Shipka, Ross Lynch, and Gavin Leatherwood. Working with them on the series has helped them form a strong friendship.

If you look at any of their Instagram posts, you'll notice that the young men are having a wonderful time. Corlett, on the other hand, never intended to be an actor in the first place. He had previously worked as a model for Viviens Models before beginning his acting career. Sam was only 19 when he was found by a talent agency.

Sam was recently seen in the historical drama series Vikings: Valhalla as Leif Erikson, the main character (2022- ). It's the follow-up to Vikings, the epic and one of the most popular television shows of all time.