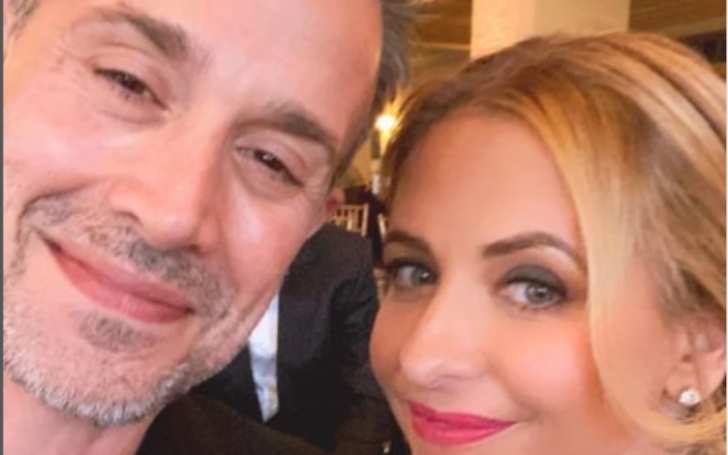 Grab All The Details On Sarah Michelle Gellar's Personal Life!!

Sarah Michelle Gellar is an actress, producer, and entrepreneur from the United States. She is the winner of the Daytime Emmy Award for Outstanding Younger Actress in a Drama Series.

5'4'' tall actress achieved widespread acclaim for her role as Buffy Summers in the television series Buffy the Vampire Slayer. Stirring Up Fun with Food is Gellar's first cookbook. Her net worth is $30 million, which is a combined net worth with her husband, actor Freddie Prinze Jr.

Yes, Sarah Michelle Gellar is still married to Freddie Prinze Jr. as per The Famous People. On the set of their 1997 picture I Know What You Did Last Summer, Gellar met Prinze Jr. for the first time.

The lovebirds started dating in 2000 and were engaged in 2001. They tied the knot in 2002. They have two children and reside in Los Angeles, California.

Sarah and Freddie have collaborated on various projects, including the films Scooby-Doo and Scooby-Doo 2: Monsters Unleashed as well as the animated series Star Wars Rebels.

Sarah Michelle Prinze, better known by her maiden name Gellar, was born on April 14, 1977, in Long Island, New York. Rosellen Gellar, her mother, was a nursery school teacher, and her father, Arthur Gellar, was a garment worker.

Gellar is the only child in the family. When she was seven years old, her parents split, and she and her mother relocated to Manhattan's Upper East Side.

You May Also Like: Who is Marilu Henner? Detail About her Married Life and Husband

Sarah was estranged from her father throughout her childhood and adulthood until he died in 2001. Because of her work schedule, she was frequently missing from class.

Gellar graduated from the Professional Children's School in 1994, having completed most of her final year of high school through guided study because she was so busy working on the sitcom All My Children.

Sarah began her career as a child performer after an agent noticed her when she was four years old. Gellar appeared in a number of television ads, including one for Burger King that caused a lawsuit. She appears in An Invasion of Privacy, Over the Brooklyn Bridge, Funny Farm, and High Stakes, as well as the miniseries A Woman Named Jackie.