Home / net-worth / How Rich is Sarah Michelle Gellar? What is her Net Worth?

How Rich is Sarah Michelle Gellar? What is her Net Worth? 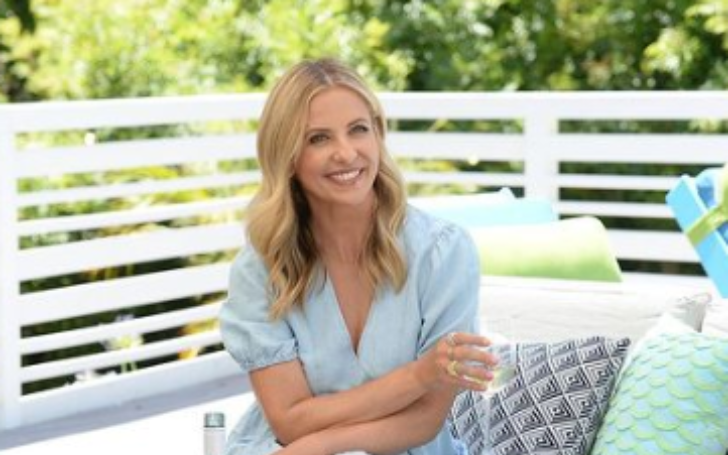 Learn All The Details On Sarah Michelle Gellar's Net Worth!!

Sarah Michelle Gellar is a well-known actress, producer, and businesswoman. Her most notable role is in "Buffy the Vampire Slayer."

Taking about Gellar's personal life, she is married to her husband, Freddie Prinze Jr. In this article, learn all about the 5'4'' tall actress' net worth and earnings.

What Is Sarah Michelle Gellar's Net Worth?

As per Celebrity Net Worth, Sarah Michelle Gellar has made a large fortune, and her estimated net worth is around $30 million. Her salary is $100,000 per episode.

Foodstirs is a new food-creating firm that Gellar co-founded with entrepreneurs Galit Laibow and Greg Fleishman. She is also the co-author of "Stirring up Fun with Food," a cookbook released in April 2017 and co-written by Gia Russo.

Gellar and Prinze Jr. paid $6.1 million on a new home in Los Angeles' Mandeville Canyon in 2013. In 2006, the three-story, 7,138-square-foot home was completed. Only six months later, the couple put the house back on the market for $7.9 million.

Sarah Michelle Gellar began her acting career as a child. She starred in several television ads, including one for Burger King that sparked a lawsuit. An Invasion of Privacy, Over the Brooklyn Bridge and High Stakes, are just a few of the films she has been in.

Spenser: For Hire and Crossbow have included Gellar as a guest star. She has appeared on stage in plays such as The Widow Claire on Broadway.

In 1992, Sarah was cast in Swans Crossing. She was nominated for two Young Artist Awards for her performance on the show. From 1993 to 1995, she portrayed Kendall Hart in the long-running soap opera All My Children.

Recommended: What is Judge Jeanine Pirro's Salary & Net Worth? All Details Here

Gellar relocated to Los Angeles after leaving All My Children, where she landed the role of Buffy Summers on Buffy the Vampire Slayer. Gellar won five Teen Choice Awards, the Saturn Award for Best Genre Television Actress and was also nominated for a Golden Globe Award during the show's run.