Is Sasha Alexander Still Married? Detail About her Married Life and Relationship 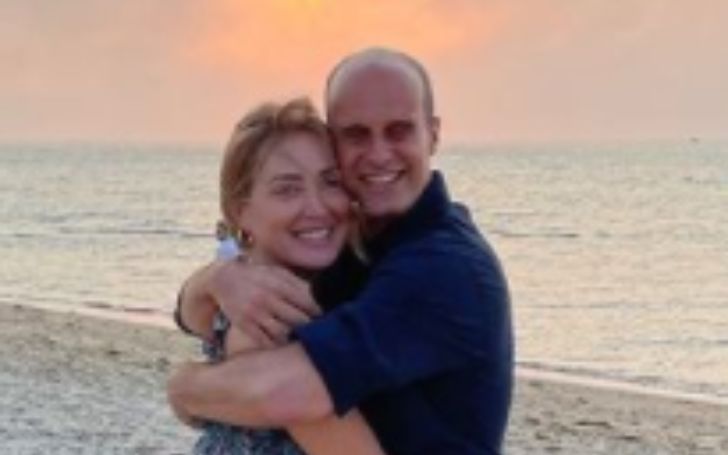 Sasha Alexander, 48, is an actress and television director from the United States. She acted in films such as Yes Man and He's Just Not That Into You after playing Gretchen Witter on Dawson's Creek. In the first two seasons of NCIS, Alexander played Caitlin Todd.

Alexander played Maura Isles on TNT's Rizzoli & Isles from July 2010 to September 2016. As per Celebrity Net Worth, she has a net worth of $20 million. Sasha is active in her Instagram account.

Yes, Sasha Alexander is still married. She tied the knot with Edoardo Ponti, a filmmaker. The lovely duo married in 2007. Talking about her husband's parents, they also have a history in the entertainment industry. So, who are they? His mom's name is Sophia Loren, an actress, and his dad's name is Carlo Ponti, a film producer.

Sasha Alexander, 48, is an actress and television director from the United States.
Photo Source: Instagram

The couple has two children: Lucia Ponti, a daughter, and Leonardo Ponti, a son. Alexander's daughter Lucia also has a godmother. Who is she? Well, she is none other than Grey's Anatomy's actress Jessica Capshaw.

Before Edoardo, Alexander was married to Luka Pecel. The duo walked down the aisle back on September 18, 1999; however, their marriage didn't survive. Talking more about Alexander's previous romantic encounters, she also dated Alasdair King and Spencer Smith in the past.

Suzana Drobnjakovic, aka Sasha Alexander, was born in Los Angeles, California, on May 17, 1973. In sixth grade, she began acting in school productions. She used to ice skate but had to stop owing to a knee injury.

Sasha Alexander was born in Los Angeles, California, on May 17, 1973.
Photo Source: Instagram

Alexander continued to act throughout high school and college before moving to New York City to perform in summer stock and Shakespeare festivals. When she graduated, she was a member of the Kappa Alpha Theta sorority at the University of Southern California's School of Cinema-Television.

Sasha started acting on two short-lived series: Presidio Med, a hospital drama, and Wasteland, a twenty-something drama on ABC. When she starred in the fourth season of Dawson's Creek as Gretchen Witter, she received extensive media attention and critical acclaim.

You May Also Like: Meet Sunny Hostin's Husband Emmanuel Hostin and his Personal Life

Alexander also appeared in an episode of the short-lived Fox comedy series Greg the Bunny. She starred in the films Lucky 13, All Over the Guy, He's Just Not That Into You, The Last Lullaby, and Yes Man, among others.

Sasha also appeared in Mission: Impossible III in 2006. She starred as Dr. Maura Isles on the TNT series Rizzoli & Isles for seven seasons, from 2010 to 2016. Alexander landed a recurring role as Helene Runyon on Showtime's Shameless in 2015.

Alexander had a guest appearance on Law & Order: Special Victims Unit in 2018. In the 2020 Netflix film Dangerous Lies, she plays Detective Chesler. She has been the voice of Addie in the DC Comics-based animated web series Deathstroke: Knights & Dragons since 2020.