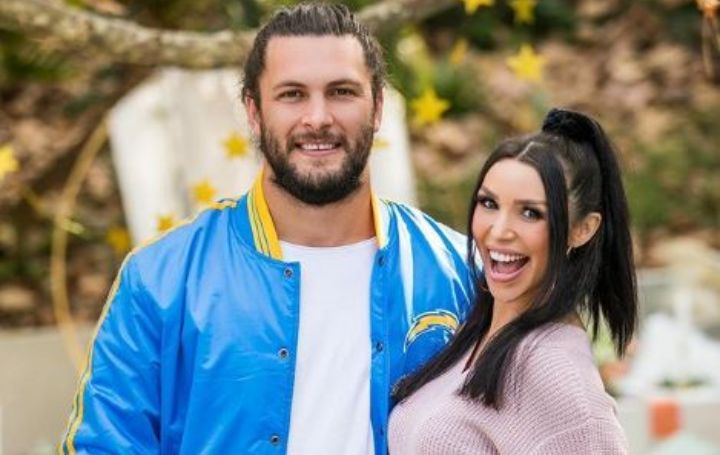 36-year old Scheana Shay is rumored to be engaged with her long-time boyfriend, Brock Davies. On July 20, 2021, she was pictured with a massive diamond ring in her hand in Los Angeles. Later on, she posted the same photos in her Instagram story as per Pop Culture.

Vanderpump rules actress Scheana and her boyfriend Brock announced their relationship publicly in November 2019. She told her fans that she is celebrating her two-month anniversary with her love in Bali. The couple met through mutual friends.

A noted by US Magazine, in October 2020, Shay disclosed the news of being pregnant when, unfortunately, she had to suffer from a traumatic miscarriage in June 2020. Though the artist suffered from the miscarriage, in April 2021, she publicized about expecting a baby in the month. Consequently, she gave birth to a beautiful baby girl named Summer Moon Honey Davies on April 27, 2021.

Model and actress Scheana was previously married to Mike Shay from 2014-2017. Later on, she started dating her ex-boyfriend Rob Valetta before dating Robby Hayes and her Sur co-star Ada Scott. Similarly, rugby player Davies was also a married man. He shares two children Eli and Winter, with his ex-wife, whose information is still unknown.

For more updates on your favorite celebrities, don't forget to visit Idol Persona.