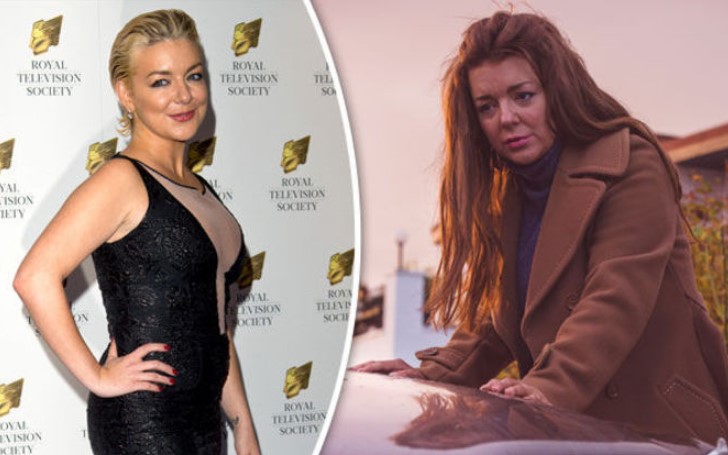 Here's what you should know about Sheridan Smith's recent weight loss.

Sheridan Smith is an English actress and singer who is known for playing various characters in British shows. Sheridan's some of the notable works include 'The Royle Family,' 'Two Pints of Lager and a Packet of Crisps,' 'Gavin & Stacey,' and many more.

The actress was on a break following her pregnancy, and she was out of the public eye even after the birth of her son, Billy. But she made her appearance impressively and showed off her massive weight loss.

Recently the actress thrilled everyone when she presented herself in a sequined dress at a filming a tribute to Dame Vera Lynn as part of #VJDay75. Let's find out something more about the event and Sheridan Smith's weight loss, shall we?

As mentioned earlier, Sheridan Smith made her first public appearance after three months after giving birth to her son, Billy. Sheridan shared pictures from her performance on Instagram and told fans she was honored to be asked to sing.

Smith went on to length to thank her styling team for the night. Sheridan wrote, 'And then you [Jacques Azagury] for the beautiful dress, Makeup and Hair [Lesley Brennan], and stylist [Tess Wright]."

Sheridan looked wonderful in her dress and makeup, the styling team was really commendable, but what stole the show was her recent weight loss. The actress was flooded with compliments from fans.

How Did Sheridan Smith Lose Weight?

Sheridan Smith has not talked about her recent weight loss in public. Maybe after a couple of days, we will hear from Smith herself, but as of now, there's no word.

We, however, have some guesses on how the actress might have lost weight. Looking at the changes Sheridan has gone through, it seems she lost much of her weight through diet.

Sheridan, however, could have used the help of stretching and some light exercises. But these are all just guesses, we will still have to wait for Sheridan to reveal the secret of her weight loss.