Home / lifestyle / Who is Simi Khadra? All the Details on The Weeknd's Alleged Girlfriend 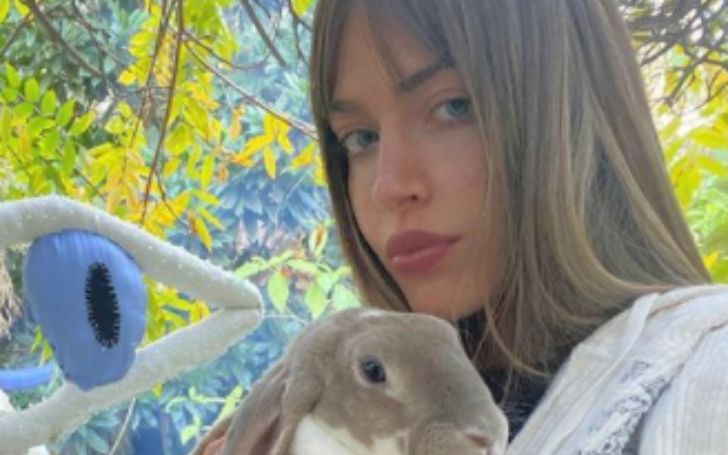 Grab All The Details On Simi Khadra!!

Khadra is one of the emerging stars who has made a name for herself on social media thanks to one of her joint projects, Simihaze Beauty. She is breaking the internet with the news, as well as reports that she's dating The Weeknd.

Simi Khadra and Haze Khadra, twin sisters, were born in the United Arab Emirates on March 31, 1993. They were raised by Palestinian parents in Dubai, London, and Riyadh, Saudi Arabia, and divided their time between the three cities.

The cause of having such a childhood is unknown. However, they were raised while traveling and visiting such places. Simi stated in one of her conversations with author Jay Shetty at the "on purpose" podcast event in December 2021 that she has grown as a person due to the meeting and seeing so many individuals from all cultures.

Recommended: Who is Vero Rodríguez? Detail About her Married Life and Relationship

Simi now has a more incredible feeling of empathy and compassion due to the experience. She and her twin sister Haze have Instagram and other social media sites with outstanding personalities. Both twin girls attended the University of Southern California, majored in film production and visual art, and graduated in 2016.

The closeness between the twin sisters is admirable, praiseworthy, and appears to be unbreakable. Both are DJs, models, and co-founders of their own cosmetics lines. Both have about 1.5 million Instagram followers and have influenced many people on social media.

Simi Khadra and her sister have their beauty line, Simihaze Beauty

Simi Khadra and her sister run Simihaze Beauty, a cosmetics line. "Simihaze Beauty is a voyage through dualities: AM and PM, shape and function, minimal and maximal," according to the company's official website.

Their products are made with high-quality components and intended to enhance natural attractiveness. Simihaze Beauty products are packaged in sculptural designs to reflect the twins' "passion of high art."

Simihaze Beauty is a range of lipsticks, blushes, eyeshadows, and eyeliner, as well as stick-on jewels that debuted in the summer of 2021.

As per The Sun, Simi Khadra was photographed kissing The Weeknd at his 32nd birthday party at Delilah in Las Vegas on February 19, 2022. The internet is buzzing with reports that they were romantically linked.

Simi Khadra was photographed kissing The Weeknd at his 32nd birthday party at Delilah in Las Vegas on February 19, 2022.
Photo Source: Instagram

Both personalities were previously the subject of gossip, but the kissing sensation Khadra has confirmed the claims. The Weeknd (actual name: Abel Tesyafe) had a long-term relationship with Bella Hadid. Bella and Simi, on the other hand, were close friends at one point. Over the years, Simi has been on Bella's Instagram profile/page.

They have been spending time together for the past few years, including going on a ski holiday with Simi's brother, Fai, in 2018. After the kissing event, Bella unfollowed the Khadra girl on social media following the Weeknd rumors.