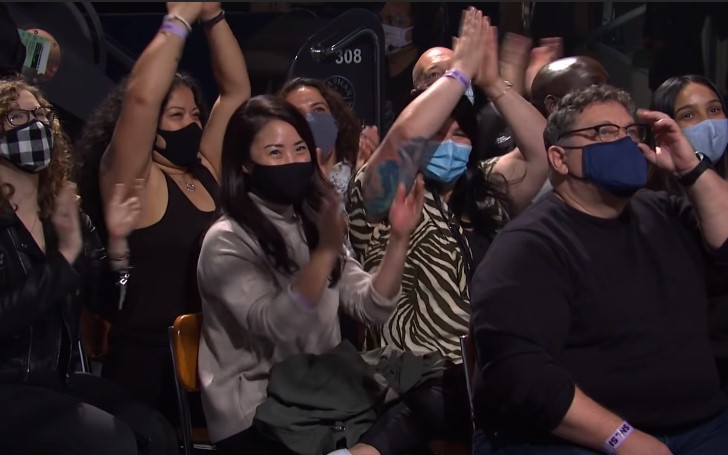 Indeed, ladies and gentlemen! Saturday Night Live returned this last weekend, and what a premiere it had. The first episode of the 46th season was filled with some excellent guests.

The Live audience during the premiere of the show, however, something different than usual. The main portion of the crowd included the first responders, along with some from NBC variety shows.

The host of the show, Chris Rock, gave a special shoutout to the floor seated guests who were previously tested positive for the coronavirus during the opening monologue.

During his segment, Chris joked,

"They're so good, we let people die tonight so they could see a good show."

First responders presence during the show made it one of the special premiere of the show. Fans were delighted by the return of SNL and them honoring the essential workers. Here's what some of the fans said.

"Awww love that the audience is first responders ❤️ SNL is back! Miss you NYC. 😘"

"Beautiful show open for #snl! The audience is made up of first responders #NBC got it right!!"

"So happy to see SNL back.  Got to LMAO at the 🍊💩 being made fun in some hilarious skits. The weekend update & the office of changing names was hysterical.  Thanks for filling the audience with first responders.😂🤣😷🌊"

For more information on your favorite show and movies, stay tuned to Idol Persona.