Did Soccer Aid 2020's Chunkz Lose Weight? Here's What We Think About His Weight Loss 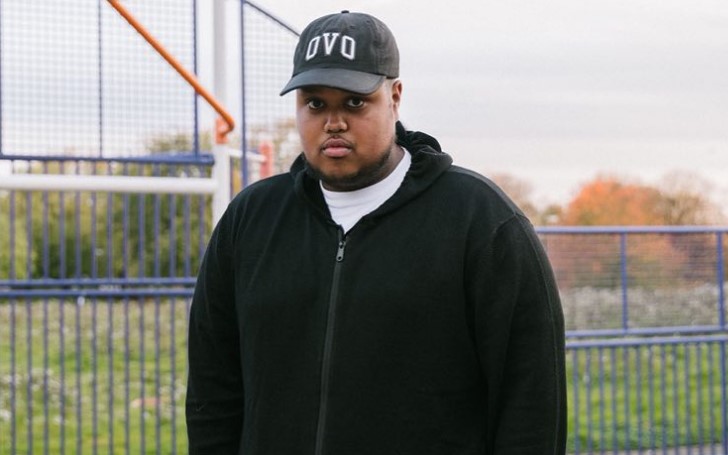 Here's what you should know about Chunkz's weight loss in 2020.

Chunkz (born Amin Mohamed) is an English social media personality, rapper, and a YouTuber. The entertainer boasts impressive followers of 1.1 million on his Instagram account.

Though the social media personality has a fair share of popularity on his community, he is still unknown for several others. However, that has changed recently.

Chunkz made headlines when he became the part of 'Soccer Aid 2020,' it's a program by UNICEF UK which conducts charity football match. It's back, and it took place on September 6, 2020, at Old Trafford.

The British charity annual event has raised over £38 million (approx. $50 million) in aid of UNICEF UK through ticket sales and donations from the public. In short, it's a big event for the people of the UK, and Chunkz was part of it this year.

Chunkz Was Fat-Shamed During the Play

There are three things that made the headlines during this year's 'Soccer Aid 2020.' First, Chunkz made his debut on the charity event, the YouTuber was fat-shamed by Clive Tyldesley, and third, Amin has lost some weight too.

Well, we will get to his weight loss part in a while, but let's talk about his debut on Soccer Aid 2020.

A new batch of celebs and returning stars played special games of football alongside former professional players during the charity event. However, this year was a little different as there were no crowds cheering in the stadium due to the coronavirus pandemic.

"Weight loss looking good on me baby, just the start too! On the set for our music video coming soon!" - Chunkz wrote on his caption.
Photo Source: Chunkz's Instagram

But viewers at home were just as excited to see their favorite stars and former pro professional player, including females (this was the first time they included females).

Chunkz debuted this year, fans were elated to see him on the ground, but some were left with a bitter taste when Tom Tyldesley casually fat-shamed the YouTuber and comedian Tom Davis.

When Chunkz took to the pitch, Tyldesley said, "You can take guided tours round Chunkz."

And as expected, his joke did not go really well for him; following his comment, many fans took to Twitter to vent their anger.

On user wrote, "Poor from Tyldesley and [Chris Stark] commenting and joking about Tom Davis and Chunkz. How can you you get away with a comment like 'you can take guided tours around Chunkz' when referring to his size? Not on!"

Chunkz Has Lost a Lot of Weight Though

Tyldesley casually fat-shamed and joked about Chunkz weight during the game, but the YouTuber has really lost weight. The rapper took to his Instagram account to upload a series a pictures with his mate Yung Filly and revealed he has gone through a weight loss.

Chunkz, according to the reports, embarked on his weight loss journey from the year 2018, while all these years, he could not make any improvement, seems like the lockdown really helped him shed a pound or two.

On the picture, the rapper looked trimmer than before; he is clad in a blue suit with a white shirt and seemed a lot fitter than before.

While the rapper has not revealed how he lost his weight, but previously he revealed he is a fan of YouTuber 'Finch' and also shared a link to his video where Finch talks about his weight loss journey and how he did it.

You can check the Finch's video, where he talks about his weight loss.