Sofia Carson Net Worth 2022| Details on her Movies & TV Shows 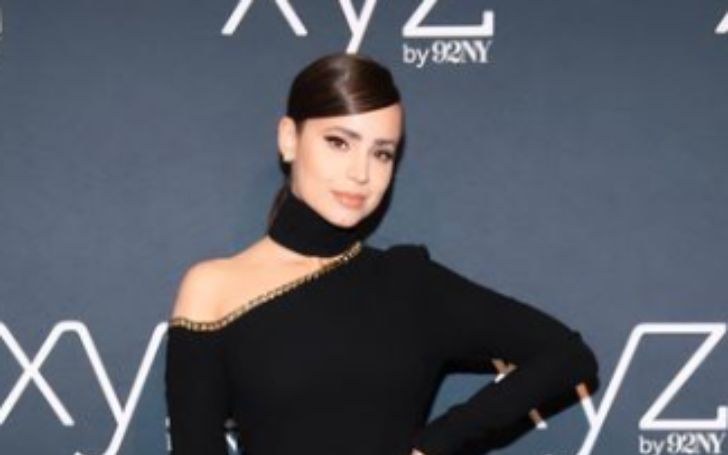 Grab All The Details On Sofia Carson's Net Worth!!

Sofia Carson is a wealthy American singer and actress. Carson made her acting debut in the 2014 Disney Channel television series Austin & Ally.

The 29-year-old actress played Evie in the Descendants: Wicked World TV series from 2015 to 2016. She is romantically linked with her boyfriend, Manolo Gonzalez Vergara.

What Is Sofia Carson's Net Worth?

Carson's career is on the rise, and she is becoming increasingly well-known around the world. Her music income has not been revealed, but it is thought to account for a significant portion of her annual earnings.

Sofia Carson stated that she is mostly influenced by pop music and admires performers that "convey tales through their music," citing 20th-century acts like The Beatles and Michael Jackson as influences, as well as modern acts like Ed Sheeran and Taylor Swift.

Sofia Carson's net worth is around $6 million.
Photo Source: Instagram

Carson became a BMI singer-songwriter in 2012. Sofia was a member of the cast of the Descendants soundtrack, which debuted at number one on the Billboard 200 in 2015, and her single rendition of Rotten to the Core was included.

Sofia also appeared on the soundtracks for Descendants 2 and Descendants 3. She announced in an August 2015 interview that she was working on her first album. Carson got a worldwide deal with Hollywood Records and Republic Records in March 2016.

Carson's debut single, Love Is the Name, an interpolation of Opus' Live Is Life, was released on April 8, 2016. A music video starring Carson and J. Balvin was created for the alternate version of Love is the Name. On August 26, 2016, she released a promotional track titled I'm Gonna Love You.

Carson sang The Star-Spangled Banner at the 2017 A Capitol Fourth, an Independence Day event held at the United States Capitol. She premiered her single Back to Beautiful, featuring Alan Walker, on January 27, 2017. On February 15, 2017, the official music video was uploaded to YouTube.

Click Here To See: What is LeAnn Rimes' Net Worth in 2022? All Details here

Julia Michaels composed Back to Beautiful, as well as Sofia's second single, Ins and Outs. She appeared on three EDM songs in 2018: R3hab's Rumors, Alan Walker's Different World, and Galantis' San Francisco. Carson worked with R3hab again after the success of Rumors for her next singles; I Luv U and Miss U More Than U Know.

Sofia and the show's nine finalists performed A Whole New World (from the 1992 film Aladdin) on American Idol on May 2, 2021. Carson released Glowin' Up as a single on September 2, 2021, as part of the My Little Pony: A New Generation soundtrack, ahead of the film's September 24 release. Her debut studio album was released in March 2022.

Carson's acting career began in 2014 when she appeared as Chelsea on the Disney Channel's Austin & Ally. She was cast as a recurring character Soleil on MTV's Faking It a few months later. Sofia landed a leading role in the Disney Channel Original Movie Descendants in 2014, playing Evie.

Carson played Evie again in the 2017 sequel Descendants 2, for which she received an Imagen Award nomination for Best Supporting Actress. She appeared in the second season of Freeform's Famous in Love as Sloane Silver in 2018.

Sofia was cast as Ava Jalali in the television series Pretty Little Liars: The Perfectionists in January 2018. She reprised her role as Evie in Descendants 3, which was released on August 2, 2019.

Carson was cast as April in the Netflix dance film Feel the Beat, which is set to be released in 2020. She joins the cast of the thriller film Songbird in 2020, playing the main character Sara. Later that year, it was revealed that Purple Hearts stars Sofia and Nicholas Galitzine as Cassie and Luke.

Sofia also served as an executive producer for the film and composed and sang on the soundtrack. In My Little Pony: A New Generation, published on September 24, 2021, she voiced Pipp Petals. Purple Hearts was released by Netflix in July 2022.

Sofia Carson was named the first Latin GRAMMY Cultural Foundation Global Ambassador in August 2019. Her responsibilities include lobbying for, promoting, and raising awareness of the foundation's educational activities.

The Latin GRAMMY Cultural Foundation has given over $5 million in scholarships, fellowships, musical instrument donations, and educational activities in the United States and Ibero-America since its founding five years ago.

Carson was selected as the new global ambassador for beauty brand Revlon in January 2020. Her own line, the Revlon x Sofia Carson collection, was launched in June 2020. It has lipsticks and nail paints. Sofia was named a UNICEF Ambassador in October 2020.

Carson hosted the Hollywood Foreign Press Association Golden Globes Red Carpet Pre-Show on February 28, 2021. Her new fragrance, One Heart, was released by Revlon in April 2021. In 2022, Sofia announced the Sofia Carson Scholarship, which would fund a bachelor's degree at Berklee College of Music in collaboration with the Latin Grammy Cultural Foundation.

What is Lisa Hannigan Net Worth as of 2021? Find It Out Here 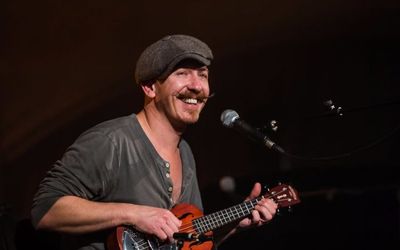