How Rich is Sophie Turner? What is her Net Worth in 2022? 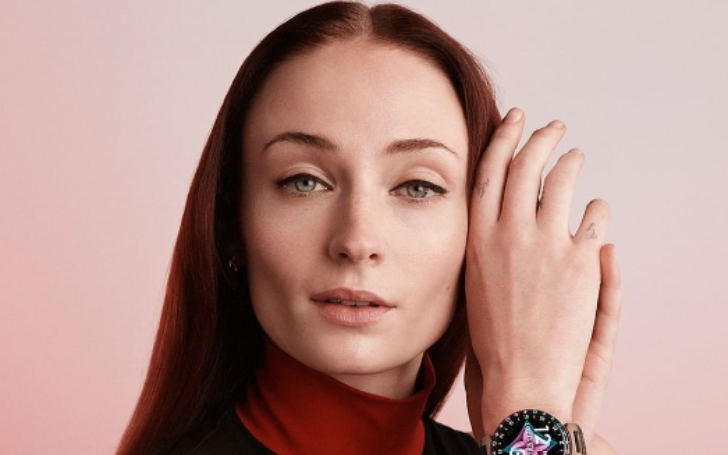 Grab All The Details On Sophie Turner's Net Worth!!

Sophie Turner is an actress from England. The 26-year-old actress made her acting debut in the role of Sansa Stark on the HBO epic fantasy television series Game of Thrones, which ran from 2011 to 2019.

For this role, Turner was nominated for a Primetime Emmy Award for Outstanding Supporting Actress in a Drama Series in 2019. 5'9'' tall star is married to her husband, Joe Jonas. They have two kids together.

Sophie Turner has made a large fortune through her successful professional career. As per Celebrity Net Worth, her estimated net worth is around $8 million.

Sophie Turner has made a large fortune through her successful professional career.
Photo Source: Instagram

Turner has appeared in print advertisements for the luxury designer brand Louis Vuitton.

When Sophie Turner was only 15 years old, she was able to land the role of Ned Stark's daughter Sansa Stark, a young noblewoman, in Game of Thrones, the HBO fantasy drama series, thanks to the encouragement of her dramatics instructor at school.

When Sophie Turner was only 15 years old, she was able to land the role of Ned Stark's daughter Sansa Stark, a young noblewoman, in Game of Thrones.
Photo Source: Instagram

The show had a highly successful run after debuting on HBO in the United States in April 2011. Its seventh season concluded on August 27, 2017. The last and eighth seasons began airing in April 2019 and concluded in May 2019. The entire eight-season run featured Turner.

Turner and her on-screen sibling Maisie Williams were both nominated in 2012 for the Young Artist Award for Best Performance in a TV Series - Supporting Young Actress. In 2013, she was cast in her first movie as the title character in Another Me, an independent thriller movie based on the same-named book by Catherine MacPhail.

Sophie made an appearance in the same year's British drama television movie The Thirteenth Tale, which was adapted from Diane Setterfield's 2006 gothic novel and shown on BBC Two on December 30, 2013.

Click Here To See: What is Lindsay Lohan Net Worth in 2022? All Details here

Alongside Hailee Steinfeld, Turner was chosen in 2013 to play Heather in the comedy Barely Lethal. The film had a May 29, 2015, limited release. Dangerous Women: Stories, an audiobook of 21 stories, including the Lev Grossman short story The Girl in the Mirror read by Turner, was released on December 3, 2013.

Sophie provided her voice to Cassandra Clare's City of Heavenly Fire, which was published as an audiobook in 2014. She also appeared as a model in Karen Miller's Autumn/Winter 2014 advertising that year.

Turner starred as the mutant Jean Grey in the American superhero movie X-Men: Apocalypse in May 2016, to mixed reviews from reviewers. A new 10-part web documentary series called #PowerShift has chosen Sophie as its host. The Huffington Post commissioned the series in the summer of 2016 to look at how social media has been utilized to affect change in various parts of the world.

The news that Sophie had been chosen to reprise her role as Jean Grey in the upcoming movie Dark Phoenix was made public in February 2017. It is a part of the X-Men series and follows the events of X-Men: Apocalypse. The movie is set in the early 1990s. Released in 2019, Dark Phoenix.

Turner was named the first international brand ambassador for Wella Hair in June 2017, and she shared the news on her Instagram page. In November 2017, it was revealed that Sophie had agreed to appear in and produce the Stan Brooks film Girl Who Fell from the Sky.

The movie is based on Juliane Koepcke's book When I Fell from the Sky, which tells the tale of her 10,000-foot fall from a lightning-struck plane, her landing in the Amazon jungle, and her painful 11-day survival struggle.

Turner wrapped production on Jouri Smit's revenge thriller Heavy, opposite Daniel Zovatto, on April 6, 2018. The film, which was released in 2019, highlights the chaotic lives of a couple enjoying the high life amid trust funds, model parties, and narcotics.

In 2020, Sophie appeared in a few TV shows, including Survive, in which she played Jane. The novel of the same name by Alex Morel inspired the streaming television series. She portrayed Princess Charlotte in The Prince, an adult animated sitcom. Turner was also cast in the role of Margaret Ratliff in the crime drama television miniseries The Staircase in 2021.