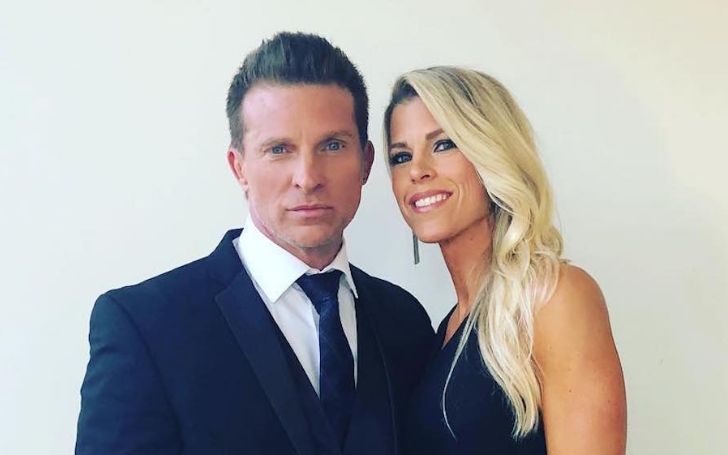 Grab All The Details On Steve Burton's Personal Life!!

Steve Burton is an American actor best known for his roles on General Hospital as Jason Morgan and The Young and the Restless as Dylan McAvoy. He honed his acting abilities with the help of Jon Cedar and Chris Aable.

Burton, who enjoys a net worth of $3 million, made his television and film debuts in quick succession and has played a variety of roles. The Daytime Emmy Award winner rose to fame on Out of This World, Days of Our Lives and General Hospital. He provided the voice of Cloud Strife in the Final Fantasy VII video game series and film adaptation.

Who is Steve Burton's Wife?

Talking about Steve Burton's personal life, the 51-year-old actor is married to Sheree Gustin. As per Married Biography, in 1999, the pair tied the knot in a magnificent wedding ceremony.

On June 28, 1970, Steven Burton was born in Indianapolis, Indiana. He is the son of Tory Burton and Jack Burton. Even though his parents are now divorced, Steven was named after his father. His mother is an optometrist.

Before pursuing his career in Hollywood, Burton lived in Richmond Heights, a Cleveland suburb. Steven went to Beverly Hills High School and subsequently to Theater Theater in Hollywood, California, where he studied acting with Jon Cedar and Chris Aable.

In 1986, Burton made his acting and film debut as local FBI agent Ithaca in the sci-fi thriller film The Manhattan Project. Since then, Burton has appeared in many films, including Cyber Tracker, Cyber Tracer 2, The Last Castle, Semper Fi, and Final Fantasy VII: Advent Children.

Out of This World, an NBC hit sitcom, marked Steven's television debut. From 1987 to 1991, he played Chris Filler in 60 episodes of the series. Later that year, he starred as Jason Morgan in ABC's hit soap opera General Hospital. Burton returned to General Hospital in 2017 and has been a regular on the ABC show since then.

From 2013 to 2017, Burton portrayed Dylan McAvoy on CBS's hit soap opera The Young and the Restless. Days of Our Lives, Who's the Boss? Taken, and Secret Bodyguard are among his other television series.