All About Susan Boyle's Weight Loss, Find Out How BGT Singer Lost 50 Pounds 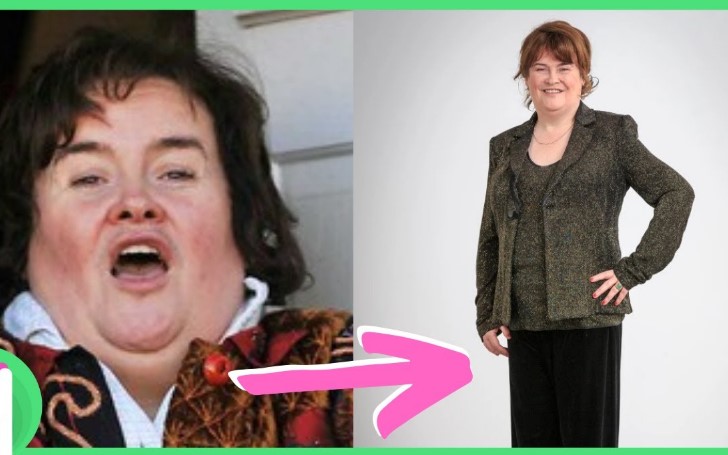 Susan Boyle (born on April 01, 1961) is a Scottish singer who came into prominence after her stint as a Britain's Got Talent contestant though she did not win the competition but won many hearts.

Susan, following her BGT journey, released her first album in November 2009, which became the best selling debut album of all time in the UK. With her first and single album alone, the singer made more than $6.2 million.

While everything was fine on the career side of Boyle, she was on the heavier side. But recently, things have changed for the singer; she has undergone a massive weight loss. Let's find out how she did it.

Anyone who knows Susan Boyle from BGT days knows she was on the heavier side of the weight. According to the reports, the Scottish singer was struggling with her weight since her childhood. Her childhood was full of being bullied, all because she was overweight.

The singer won those bullies and got over it, however, she was diagnosed with type-two diabetes in 2012, which really broke her. But then she decided to lose weight by living a healthy life.

Following her diagnosis, Susan started to take her health seriously, which provided with weight loss majorly. Let's find out she did it.

How Susan Did It?

Susan Boyle makes it look effortless when it comes to her weight loss. The things she did are so basic that it's hard to believe. It just proves you don't have to spend a fortune to start living a healthy life. Susan followed three simple steps to undergo a massive weight loss.

Three things Susan did was, cut sugar from her diet, workout, and supplement known as 'Garcinia Cambogia.' Since the singer is a diabetic patient, she had no other option than to quit sugar. But she stressed she was a fan of sweet and loved eating cakes and sweets. Now that's gone from her diet.

Susan was diagnosed with type-2 diabetes in 2012. Following her diagnosis, her doctor advised her to lose weight.
Photo Source: Beauty System Online

Susan opted for fruits instead, and also controlled her eating habits and leaned more towards fresh vegetables and ditched processed foods altogether. And for a workout, she did not spend a dime in a gym; instead, she walked miles a day, which not only helped her get into the shape but also helped in lowering the effect of diabetes.

For the supplement, the singer took Garcinia Cambogia, a tropical fruit from which the pulp is extracted, dried, and used in foods to add tangy flavors. It works as a weight-loss supplement as it is known to suppress appetite, burn fats, and improve metabolism. And also, it boosts your moods.

For more information on your favorite celebrities' lifestyle, stay tuned to Glamour Fame, and don't forget to sign up for the newsletter.