Home / lifestyle / What is Sweta Keswani Age? Is she Married? Details here

What is Sweta Keswani Age? Is she Married? Details here 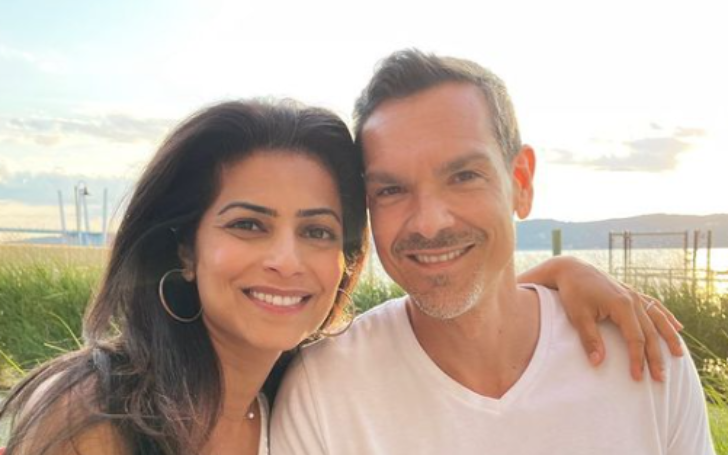 Grab All The Details On Sweta Keswani's Personal Life!!

Sweta Keswani is an Indian actress, dancer, and model. She is best known for her work in Hindi TV series, Bollywood movies, and television advertisements. As Gudiya Thakkar in the Star Plus television serial Baa Bahoo Aur Baby, she became well-known among Indians worldwide.

Keswani also played a part in the American television series The Blacklist (TV series). In this article, learn in detail about the 41-year-old actress' personal life.

What Is Sweta Keswani Age?

Sweta Keswani is 41 years old. She was born on August 19, 1980, in Mumbai. In class two, Keswani debuted as an actor in an adaptation of Goldilocks and the Three Bears. She earned a commerce degree from MMK College in Mumbai.

Keswani began Kathak in elementary school and continued for nearly six years at the Sangit Mahabharati institute and afterward with Guruji Shri Surinder Kaur, whom she idolizes. Shiamak Davar taught her Jazz dancing. Sweta is a prominent member of the SGI Buddhist society and a Soka Gakkai Buddhist.

You May Also Like: Is Paula Patton in a Relationship? Learn her Dating History

According to Keswani, there are numerous varieties of Buddhism, but the SGI Buddhist thought is fundamentally a religion for the twenty-first century. By repeating a mantra, we can change our inner selves, and by doing so, we can improve both our environment and ourselves. Chanting helps me gain perspective so I can decide what to do next and how to improve my happiness and the happiness of others around me.

Sweta has been the vice president of River's Edge Theatre Co. in Westchester, New York, since 2020. After appearing in numerous TV commercials for brands like Pond's, Fanta, and Wall's Ice Cream, Keswani made her television debut with programs like Kahaani Ghar Ghar Kii and Des Mein Niklla Hoga Chand.

Yes, Sweta Keswani is married. In 2008, Keswani tied the knot with American actor Alexx O'Nell. However, the couple separated in 2011.

Keswani married her husband Ken Andino in October 2012 after meeting him in New York City. She gave birth to their daughter in August 2013.

As per Hindustan Times, Alexx O'Nell discusses his relationship with Sweta Keswani. He thinks their marriage ended because they got married too soon. "She and I met through a common friend, I believe around 2005 or 2006," O'Nell stated in an exclusive interview with Hindustan Times.

"We got along great right away. The following day, I believe, was my birthday, so she brought a cake to the hotel where we were staying. We became inseparable after that. She was and still is a phenomenal actor."

We grew apart, and she was eager to go on a different path, he added, lamenting that the lack of time caused the relationship to end too soon. She no longer genuinely desired to carry out what she was doing. She had to travel further in order to follow her heart. Unfortunately, we eventually realized it wasn't working. We so parted ways amicably.

"I still want the best for her. One of the best things that have ever occurred to me is her. She currently resides in the US and has a young daughter who is just too cute. She is ecstatic, and I am ecstatic for her. She is an extremely fantastic actress, and my only wish is that she would act more," O'Nell said.