Home / lifestyle / Who is Tamela Mann Husband? How Many Children Does She Share? 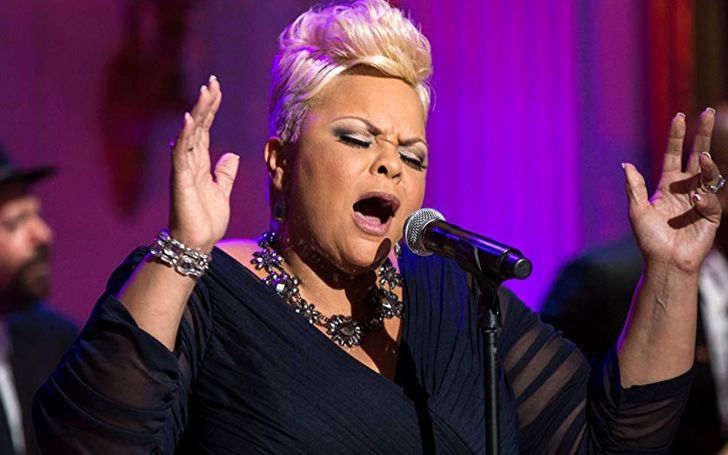 Here are all the details you need to know about the husband and children of Tamela Mann.

Tamela Mann is a famous gospel singer and actress. Her third studio album 'Best Days' got certified Gold by the RIAA. Mann's song 'God Provides' is her most popular song to date, for which she received Grammy Award for Best Gospel song in 2017.

Besides gospel music, Mann played as 'Cora Simmons' in Tyler Perry's plays like 'I Can Do Bad All By Myself,' 'Diary of a Mad Black Woman,' 'Meet the Browns,' and 'What's Done in the Dark.' She is also portrayed in the movies 'Madea Goes to Jail' and 'Madea's Big Happy Family.'

You may be curious to know about the personal life of the famous gospel singer. Who is Tamela's husband? How many kids does Tamela share? Who are her kids? Here in this article, we provide you with the answers to all of these questions.

Who Is Tamela Mann's husband?

The multimillonaire Tamela Mann is married to David Mann. David Mann is an American stage actor, gospel singer, and stand-up comedian. David and Tamela were the members of Kirk Franklin's voice ensemble 'Kirk Franklin and the Family' before working with Tyler Perry.

David and Tamela are high school sweethearts. Tamela and David have been married for over 32 years.

Also see Does Renee Zellweger Have a Husband? How Many Children Does She Share?

When Wendy Williams asked Tamela on The Wendy Williams Show how they make it last, she answered," I like this dude," pointing to David beside her. "I like him, and I am in love with him. He's my best friend."

David Mann and Tamela Mann starred in the TBS series 'Meet the Browns.' The show aired from 2009 to 2011. The couple also began starring in the television sitcom 'Mann & Wife' on Bounce TV in 2015.

David and Tamela celebrated their 25th wedding anniversary by getting married again! They renewed their wedding vows too, and they got remarried in Dallas, Texas, on Saturday, April 20, 2013.

Mann had to undergo a double knee replacement surgery just months after starting her weight-loss quest, which meant she couldn't work out at the gym.

How Many Kids Do David Mann and Tamela Mann Share?

David Mann and Tamela Mann share 4 children. Besides, they also raise Tamela's niece Sonya. Porcia and Tiffany are from David's previous relationships with the four kids. The couple together shares David Jr and Tia, their own kids. The Mann family is blended, including the 5 children and 12 grandchildren.

So this is all information you need to know about the husband and children of Tamela Mann.

To learn more about the spouses and children of famous celebrities, visit Idol Persona.

Who Is the Mother of Tyler Perry's Son, Aman Tyler? Is He Still Dating Her?