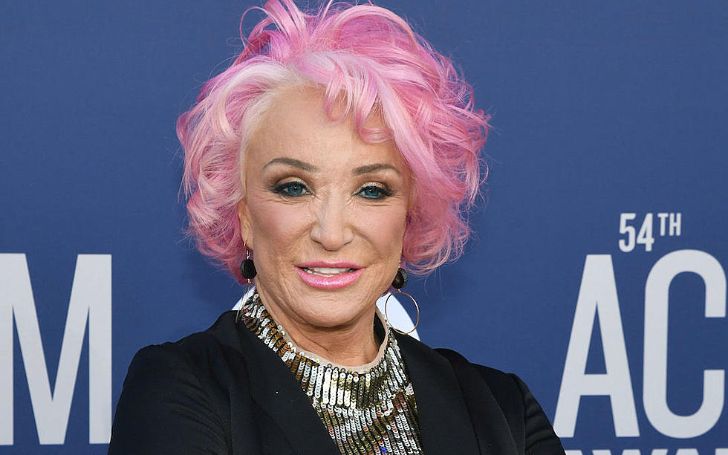 Here are all the details you need to know about the plastic surgery of the American country music singer Tanya Tucker.

Tanya Tucker is a well-known American country singer who released her first hit 'Delta Dawn' in 1972 at the age of 13.

The mother of three is currently unmarried. She went on to maintain her popularity in the succeeding years. Many of Tanya's songs gained the achievements of being top-10 and top-40 hits. She also piled up a massive net worth of $62 million alongside her professional success.

Tanya Tucker released the hit song 'Delta Dawn' in 1972 at the age of 13.
Source: Instagram

Tanya is a successful musical artist with several awards to her name. With several Country Music Association Award nominations, some of the main hits of the artist include 1973's 'What's Your Mama's Name?,' 'Blood Red and Goin' Down,' 1975's 'Lizzie and the Rainman,' 1988's 'Strong Enough to Bend,' and 1992's 'Two Sparrows in a Hurricane.'

Also see: Renee Zellweger Plastic Surgery - Everything She Said Against the Rumors

Tanya Tucker won the Grammy Award for Best Country Album in 2020 for her album 'While I'm Livin.'
Source: Instagram

If you wanted to know the information about the plastic surgery of Tanya Tucker, then you came to the right place. In this article, we provide you with complete details on the matter of the 61-year-old singer.

How Tanya Tucker Went Under the Knife to Look Younger

When Tanya Tucker decided to go under the knife to change her looks due to aging, she never expected it to go wrong. Tanya thought she would get a better wrinkle-free face after undergoing a standard and safe procedure, but unexpected things happen in life.

In the interview with journalist Dan Rather, Tanya recounts the horrible event that made her regret her decision in 2008 to undergo plastic surgery. Here is a clip from the interview.

In the interview, Tucker describes how the horrible surgery went.

I wanted to get a chemical peel on my face. It's a standard [procedure]; it's not even a hospital stay.

They caught the laser on fire with the oxygen… the only thing I remember hearing is, 'Get the ambulance, we've got a fire.' [I had] second and third-degree burns from here down on my face, and then the flames went up into my nose and down into my lungs… It was the worst thing… I was just saying, 'God, why me?

It also changed my voice, which has been another obstacle I've had to overcome. I've had to struggle to reach certain notes, which I never had to do before.

Tanya spent about $500,000 to cope with the depression she went through after the horrific operation. Well, for now, she is doing well and improving her mental health.

Also learn about: Did Debra Messing Have Plastic Surgery? Get All the Facts Here

To learn about the health of famous celebrities, visit Idol Persona.