Home / lifestyle / Is Tatiana Maslany in a Relationship? Learn her Dating History

Is Tatiana Maslany in a Relationship? Learn her Dating History 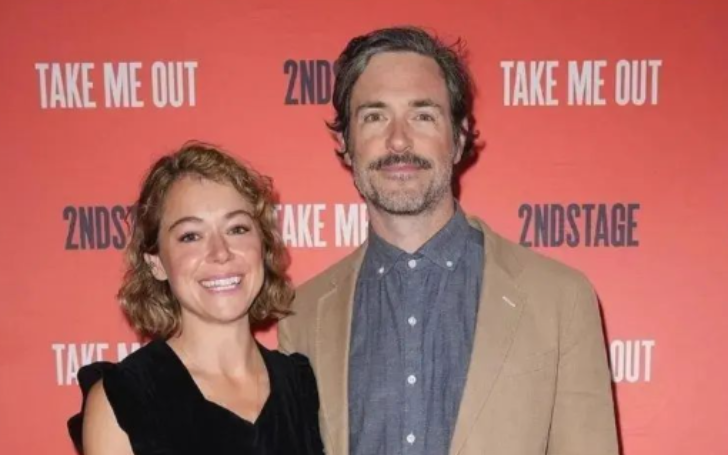 Grab All The Details On Tatiana Maslany's Personal Life!!

Tatiana Maslany is an actress from Canada. 5'4'' tall actress rose to popularity as a series regular on the science fiction thriller television show Orphan Black. Her estimated net worth is $3 million.

Maslan received a Primetime Emmy Award, a TCA Award, two Critics' Choice Awards, and five Canadian Screen Awards. She is the first Canadian to be nominated for an Emmy in a major dramatic category for her performance in a Canadian series.

Is Tatiana Maslany In A Relationship?

Tatiana Maslany is in a relationship with Brendan Hines. They made their romance public.

Tatiana Maslany is in a relationship with Brendan Hines.
Photo Source: Instagram

On April 4, 2022, Maslany and Hines walked the red carpet together at the Helen Hayes Theatre in New York City for the opening night performance of Broadway's Take Me Out.

Brendan, Tatiana's boyfriend, is an American actor and singer-songwriter. He is best recognized for his part in Lie to Me, although he has also appeared in Scandal, Betrayal, Suits, Scorpion, Secrets and Lies, and Locke & Key. Hines has also starred as the lead character in several films and recorded three albums.

The pair's red carpet appearance on April 4 was not their first. They were previously spotted together at the premieres of X and Everything Everywhere at Once. It is uncertain where or when the two met, although they are thought to have been in a relationship for at least a year.

Click Here To See: How Old is Catharine Daddario? Is She Dating? All Details here

In December 2020, rumors about Maslany and Hines becoming together first surfaced. The couple was afterward seen and captured on camera having supper with Tim Roth, the co-star of the latter.

They have both made their Instagram handles private. The loving couple seemed to want to enjoy being together without the burden of having to share it with the public.

Tatiana Maslany keeps her personal life private. She had, however, been open about her connection with her then-boyfriend, Tom Cullen.

Tatiana Maslany had been open about her connection with her then-boyfriend, Tom Cullen.
Photo Source: Instagram

The stunning and talented power couple met and fell in love on the set of World Without End, a television drama. The series, set in 1300s England, had Tom as a moody combatant and Maslany as a nun. The eight-episode show began filming in July 2011 and is scheduled to premiere in October 2012.

Maslany told Esquire in 2013 about her previous dating experiences, adding, "Most of my dates have been buddies that subsequently became a date scenario." The couple's first press shot together was taken in September 2012 at the Toronto International Film Festival, where she was awarded one of TIFF's Rising Stars for her film, Picture Day.

The duo co-starred in The Other Half, an indie film released in 2016. In the film, which revolves around a heartbreaking and beautiful tale of two shattered souls coming together, they disclosed their relationship for the first time on screen. With that, fans drool over the fact that the couple's on-screen and behind-the-camera chemistry is undoubtedly apparent and the best.

Although neither side has confirmed the split, it appears that it has ended. As per The Sun in 2020, Tom and Maslany did not issue an official announcement about their breakup, but they both unfollowed each other on Instagram in 2019. Fans then speculated that the actress had left the couple's Los Angeles residence.

On September 22, 1985, Tatiana Maslany was born in Regina, Saskatchewan. She is the daughter of Dan and Renate. She has two younger brothers, one of them is fellow actor Daniel Maslany.

Tatiana Maslany is in a relationship with Brendan Hines.
Photo Source: Instagram

Maslany is of Austrian, German, Polish, Romanian, and Ukrainian descent. She attended French immersion school in elementary school and was educated in German by her mother before learning English. Tatiana began dancing at the age of four and began participating in community theater and musicals at the age of nine.

Tatiana graduated from Dr. Martin LeBoldus High School in 2003, where she participated in school performances and improvisation. She got paying acting jobs while in high school, allowing her to travel all around Canada with her parents' permission.

Maslany would work for a few months at a time before returning to Regina to finish her education. She spent some time after high school doing theatre acts and traveling until settling in Toronto, Ontario, at the age of 20.