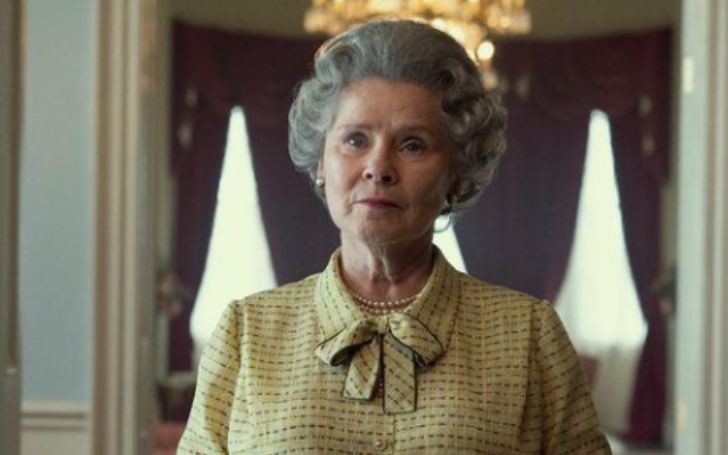 The news Queen Elizabeth, Imelda Staunton, took fans behind-the-scenes and onto The Crown Season 5, set to premiere in November 2022, nearly a year after Season 4 of the hit historical drama premiered. She teased the upcoming season during Netflix's first-ever online global event, TUDUM, in September.

The news Queen Elizabeth, Imelda Staunton, took fans behind-the-scenes and onto the set of The Crown Season 5set to premiere in November 2022.
Photo Source: Instagram

According to News Break, Staunton revealed that The Crown Season 5 is currently filming and will premiere in November 2022.

Recommended: Who is The Bull in 'The Masked Singer' Season 6?

Before the Saturday event, Netflix had only given fans a sneak peek at the upcoming season by releasing a few images of the Season 5 cast in character. The first of these images was released in July when the streamer posted a  photo of Staunton dressed as the Queen in the Palace.

Fortunately for fans, while season 5 was initially announced as The Crown's final season, the decision was reversed, and the series has already been renewed for a sixth and final season. While fans wait for season 5 to premiere in November 2022, they can binge-watch the first four seasons on Netflix.