Home / lifestyle / Who is Tia Mowry's Husband? How Long Has She Been Married? 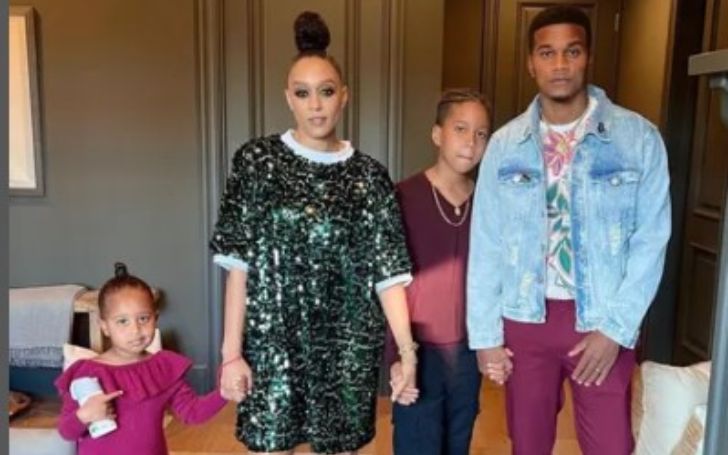 Grab all the details on the husband and married life of American actress Tia Mowry.

Tia Mowry is best known for her starring role in the sitcom' Sister, Sister' from 1994 to 1999, alongside her identical twin sister Tamera Mowry. The two sisters also starred in the Disney Channel Original Movie 'Twitches' in 2005 and its sequel, 'Twitches Too' in 2007. The twins are also popular from their reality television series 'Tia & Tamera,' in which they starred from 2011 to 2013.

Tia Mowry (net worth) starred in the role of 'Melanie Barnett' in the comedy-drama series 'The Game,' 'Stephanie Phillips' in the sitcom 'Instant Mom,' and 'Cocoa McKellan' in the sitcom 'Family Reunion.' Additionally, she has also appeared in several other movies and series. Apart from her professional career, many people are also eager to learn about her private life. So below, we take a look at her married life and relationship status, so you get to know her better.

Who is Tia Mowry's Husband?

Tia Mowry is currently married to her husband, actor Cory Hardrict. Cory began his career in the late 1990s, acting in weekly prime-time programs like 'Smart Guy,' 'Thats So Raven,' 'Felicity,' 'Once and Again' and 'ER.' He was also an executive producer for the 2012 film 'The Watch.'

Tia Mowry - who recently underwent weight loss - met Cory for the first time when he was working odd jobs in Los Angeles and also living in a studio apartment with no furniture. At the time, Tia was already successful starring on the show 'Sister, Sister.' 'I was waiting on a bus stop—after I shot my first film. Her sister and her drove by, they saw me waiting and asked to give me a ride,' Cory recalls their first encounter, according to Country Living. 'I was embarrassed. I was downtown. They gave me a ride, and we were friends ever since. They took me to Inglewood, so that's how that relationship started.'

Also See: Who is Celine Dion's Husband? Details of Her Relationship Status and Dating History!

Tia and Cory were attracted to each other at first sight, but they took things gradually at the beginning. 'We courted each other for about a year,' Tia said, as per Showbiz Cheat Sheet. 'We didn't go on dates with just him and I, there were other people around. We waited a year to kiss.'

But Cory and Tia began taking things to the next level after a year. The couple dated for six years before they got engaged, and Cory proposed to Tia on Christmas Day of 2006. The two tied the knot on April 20, 2008, in Santa Barbara, California.

Tia And Cory Shares Two Children, a Son and a Daughter

On January 11, 2011, People magazine made public that Tia and Cory were expecting their first child as a married couple. Mowry herself made the announcement on '106 & Park' soon after. Her pregnancy was even documented on the reality show 'Tia & Tamera,' which also features her twin sister Tamera Mowry, on the Style Network. Cory and Tia welcomed their first child, son Cree Hardrict, on June 28, 2011.

Tia Mowry announced on November 8, 2017, that she and Cory Hardrict were expecting a second child. The two welcomed their second child, daughter Cairo Tiahna Hardrict on May 5, 2018.

Stay tuned to Idol Persona for more relationship-related content about your favorite celebrities.