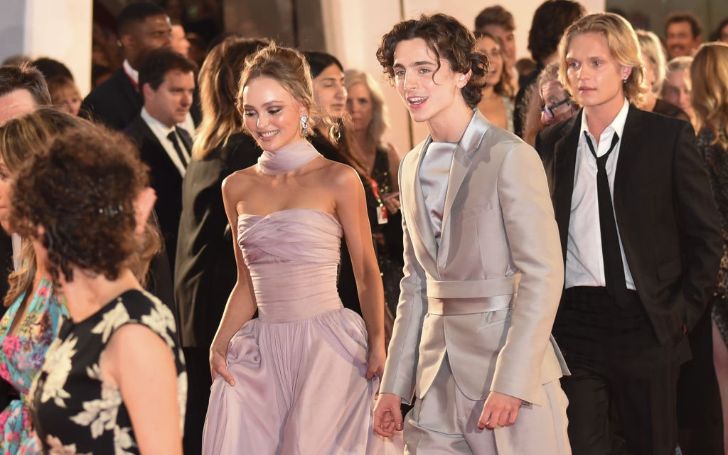 Timothée Hal Chalamet is an American actor best known for his work in the romantic drama Call Me by Your Name. Several media publications considered him among the most talented actors of his generation.

Born on December 27, 1995, in New York City, Timothée, grew up in Manhattan Plaza, in Hell's Kitchen. His mother, Nicole Flender, is of half Russian Jewish and half Austrian Jewish descent. Professionally, his father, Marc Chalamet, is an editor for UNICEF.

Chalamet also garnered massive attention after working in the science-fiction movie Interstellar, directed by Christopher Nolan. Talking about his relationship status, he dated many beauties previously. Recently, there are rumors that he might be dating his ex, Lily-Rose Depp, so let's get to know more in detail about his love life.

Who is Timothée Chalamet's Dating in 2021?

Timothée Chalamet's three years of togetherness with Lily-Rose Depp seems like not over yet. Although in April 2020 interview with British Vogue, the rising star mentioned being single, recently he is seen together with Lily-Rose Depp by the New York paparazzi.

Maybe the couple wants to keep their private, or it's just that the pair is now rumored to reconnect. So are the two officially back together? It would seem so; they just have to confirm it by themselves; otherwise, we have no idea about it. Until then, no one cans say anything for sure.

Timothée Chalamet might be single in 2021.
Photo Source: RecentlyHeard

If we forget the recent rumor, then according to Gossip Cop, since 2020, Timothée hasn't been linked to anyone after being spotted with Mexican actress Eiza González in Cabo San Lucas.

Talking about June 2020, Timothée Chalamet's was romantically linked to model Eiza González. The couple packed on the PDA and couldn't keep their hand off each other while vacationing in Cabo San Lucas, Mexico.

The love birds were photographed sharing a steamy kiss on June 25, 2020, with a swimming suit in a hot tub and a mustard yellow bikini worn by Eiza, 31. However, it seems the pair simply had a summer romance, as they called it quits by the Fall.

Click To Know: Bo Burnham's Girlfriend: Who is He Dating in 2021?

Before Eiza, Chalamet and Lily-Rose Depp were confirmed to be a thing. The news of them dating each other came out in October 2018. They got to know each other while working together on Netflix's The King. Unfortunately, their trip to Italy was the last time they photographed together.

In April 2020 British Vogue interview, Timothée was unexpectedly described as "currently single," and fans found he and Lily parted ways. However, paparazzi recently came with some evidence that they might patch things up, and the fans are still waiting to know whether the former lovers are back together or it's just a rumor.

Back in 2013, when Chalametwas 17-year-old, he was linked to Madonna's daughter Lourdes Leon. The duo was fellow students at La Guardia High School in New York City of Music & Art and Performing Arts in Manhattan.

It is reported that Leon's mom sent a bodyguard to accompany the teenagers on their dates. The model Lourdes opened up about their high school romance in an April 2021 Vanity Fair interview, saying, "I respect him a lot, we were a little item. My first boyfriend, or anything."

While focusing on Timothée Chalamet's on-screen romance, the one loved by many of his fans is his chemistry with fellow actress Saoirse Ronan. Like Chalamet, Ronan is an up-and-coming star in the movie biz, and until today she has done some outstanding movies and series.

Chalamet and Ronan first showed up together in the 2017 movie Lady Bird. After then, the duo appeared in the film Litlle Woman. There Ronan portrayed the role of Jo March, whereas Chalamet played the character, Laurie.

The thing between them in the movie was so good that many wished them to be together in real life. Unfortunately, they are with someone else in their life right now. As we know, Chalamet restarted his romance with his ex-girlfriend Lily-Rose and Ronan is dating her boyfriend, Jack Lowden. Thus, they are just a good friend when the camera stops rolling.

Vist Idol Persona to get updates on your favorite celebrity. 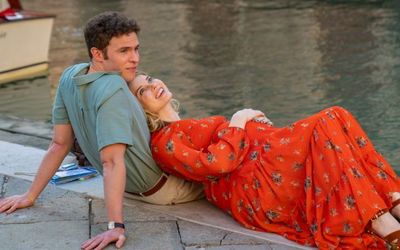 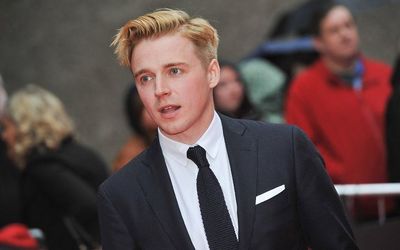