Home / health / Tom Kerridge Undergoes a Massive Weight Loss! Find Out How He Did It

Tom Kerridge Undergoes a Massive Weight Loss! Find Out How He Did It 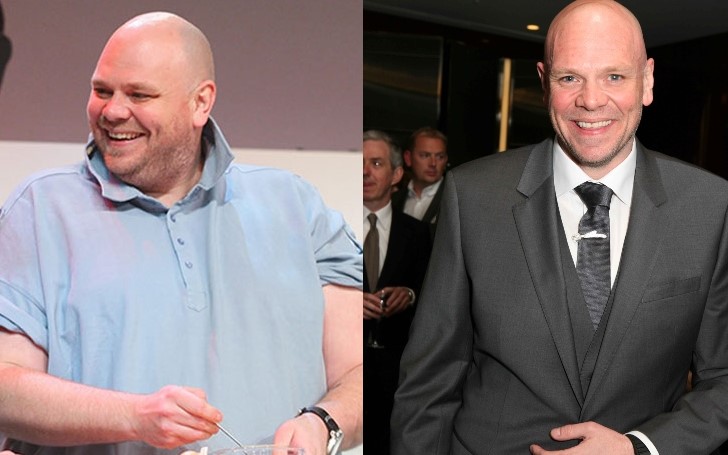 Here's what you should know about celebrity chef, Tom Kerridge's, 12 stones weight loss.

Tom Kerridge (born Thomas Kerridge) is an English Michelin starred chef who is known for appearing on many of the British television shows as 'Great British Menu,' 'Saturday Kitchen,' and many more.

Recently, the Michelin starred chef is keeping himself busy on his own show, 'How to Lose Weight For Good' and 'Top of the Shop' on BBC. Previously, Tom also presented 'Bake Off: Creme de la Creme' in 2016.

But all of his work, 'How to Lose Weight For Good' sounds interesting, isn't it? Well, the chef not only presents the show, but he recently underwent a massive weight loss and proved his points.

Let's find out about Tom Kerridge's weight loss, how he did it, and all.

Tom Kerridge has always been open about his diet and previously revealed that his job as a chef is the one to blame gaining weight.

"That's a shock. I did not think I was in danger. A few years ago, I lost a load of weight, but lately, it's started creeping back on again. We can make all the excuses in the world, but the scales don't lie. I've been eating all the pies!"

Tom also talked with the GQ and revealed he was "grazing and snacking" throughout service. He further explained he would eat cheese on toast and packets of crisps because they were readily easy and quick to grab.

But when he turned 40, Kerridge realized he certainly needs to change things before it's too late. So, that was really the turning point in Tom's life.

How Did Tom Lose Weight?

Tom Kerridge has been successful in his weight loss journey. The chef has spoken about the changes in his diet before impressive fans with his trimmer figure.

Tom, however, has a very unconventional way of losing weight. The celebrity chef was on a dopamine diet for years and has lost 12 stones so far. Well, the numbers are awe-inspiring, but we can see you are asking what exactly is dopamine diet!

Dopamine diet is all about increasing "happy hormone," a diet that will make you feel good. It's like a reward your body expect from time to time, and when dopamine is released, you just feel good, happy, in short, the stress level just goes down.

This diet has helped Tom a heap in his weight loss journey, and also motivates his fans to follow his diet if you want to lose weight and feel happy! If you want to, you can just go check 'Tom's Dopamine Diet' cookbook.