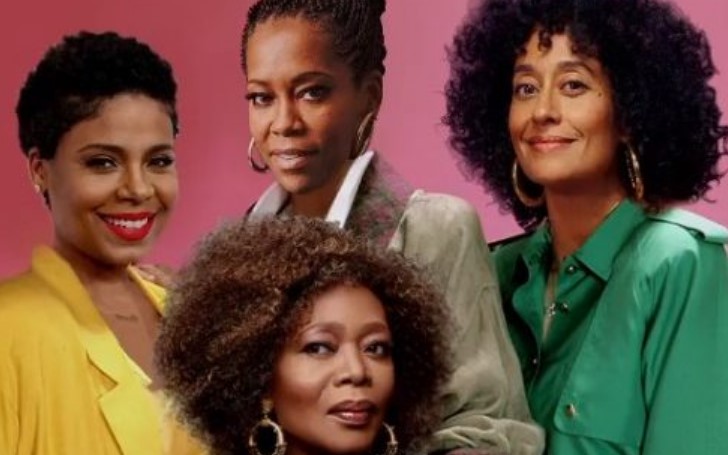 Tracee Ellis Ross to play on 'The Golden Girls' reboot along with Regina King, Sanaa Lathan, and Alfre Woodard.

The classic 80s superhit series, 'The Golden Girls', is getting a reboot, this time with a lot of exciting changes.

The new show will be an all-Black cast. The new chapter will see Tracee Ellis Ross as one of the cast along with Regina King, Sanaa Lathan, and Alfre Woodard.

The announcement came to Tracee Ellis and other stars on Monday; the cast shared a video of the original cast with their head superimposed on the original actresses' bodies.

By what we saw on the photoshopped picture, Tracee will portray the character of Rose, Sanaa will play Blanche, Regina to play the role of Dorothy, and Woodard to play Sophia for the first episode, "Zoom Where It Happens."

The Zoom event page posted a message that read,

"Join us for an evening that takes a look back to the sitcoms of yesteryear- Before you could pause your screens or binge watch. We bring to you our rendition of Golden Girls, reimagined with an all-Black cast of your favorite actresses."

"In an effort to further engage our community and drive change, all you need to do to enjoy this evening is sign up to receive messages about how you can make a change during this election!"

"This event is in partnership with Zoom, and the first episode is spotlighting and supporting Color of Change - the nation's largest online racial justice organization. We’ll see you Tuesday, in Zoom Where it Happens!"

You May Also Like: John Cena to Host 'Wipeout' Revival Series Alongside Nicole Byer