Home / tv-series / Trailer of 'Moon Knight' a new Series from Marvel is Released!

Trailer of 'Moon Knight' a new Series from Marvel is Released! 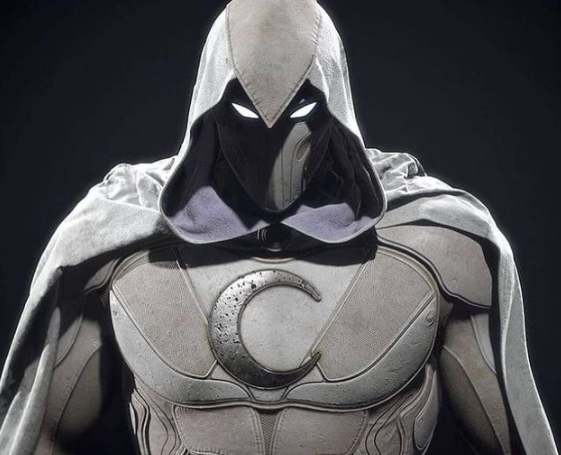 The trailer of 'Moon Knight,' a new Series from Marvel, is Released!

Moon Knight, Marvel's next TV series, has received a new trailer. In addition, a premiere date for the series on Disney+ has been set: March 30.

The debut trailer, which stars Oscar Isaac as vigilante Marc Spector/Moon Knight, gives a fantastic glimpse into the new series. Also shown is Ethan Hawke's character, which encourages Isaac to "embrace the turmoil."

The reveal of Isaac as Moon Knight in full costume is perhaps the most exciting moment in the trailer. The Moon Knight teaser debuted during an ESPN broadcast of an NFL playoff game between the Arizona Cardinals and the Los Angeles Rams. Disney owns both ESPN and Marvel.

You May Also Like: Kanye West Under Investigation for allegedly Punching a Fan

"Steven Grant, a mild-mannered gift-shop employee, is troubled by blackouts and flashbacks of a past life in this series. Steven discover he suffers from dissociative identity disorder and is forced to share a body with mercenary Marc Spector. As Steven/foes Marc's close in on them, they must juggle their dual identities while immersed in a dangerous mystery among Egypt's mighty gods," reads a line from the synopsis of the episode.

According to The Hollywood Reporter, Hawke portrays the villain, and the character is reported to be based in part on David Koresh. "We're producing something that's quite unusual, and that doesn't follow the sam... not necessarily even logic of what a lot of superhero films do," Isaac previously told Total Film about Moon Knight.