Home / lifestyle / Does Trey Songz Have a Son? Who is the Baby Momma? 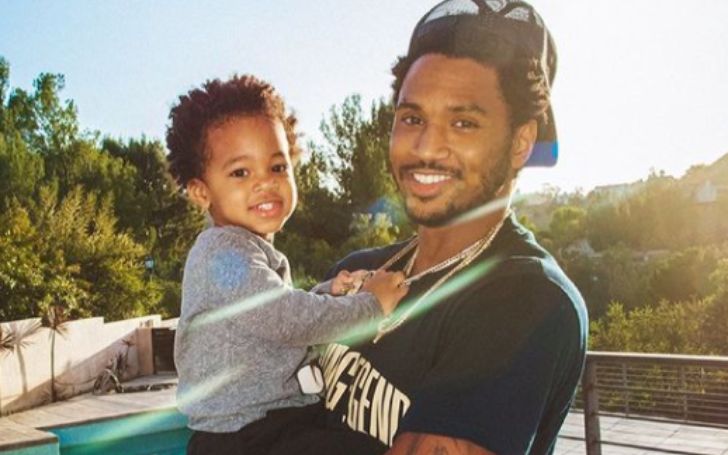 Learn All The Details On Trey Songz Son!!

Trey Songz, who holds a net worth of $12 million, is a Virginia- born singer-songwriter, rapper, producer and actor. He has become inextricably linked with the modern hip-hop scene since his debut album in 2005. Over the years, Songz has collaborated with several well-known artists, winning numerous awards in the process.

Songz has been nominated for three Grammys. He has achieved considerable success in sales, having sold more than 25 million records during his career.

Does Trey Songz Have a Son?

Yes, as per the US Magazine, Trey Songz has a son named Noah Neverson. The "Heart Attack" singer welcomed his baby boy with his wife, Caro Colon.

The duo gave birth to Noah in April 2019, just three months after Trey ended his relationship with Lori Harvey, his on and off girlfriend.

Songz kept a low profile throughout his affair and the first time her name came up in public discussion was when her son was born. It's unclear when the two first met. The rapper was first seen with Lori in December 2018. He and Caro most likely began spending time together before that.

Recommended: Does Sabrina Soto of HGTV have a Child? All Details Here!

Colon is hesitant to share any information online, which fueled further speculation. Although her date of birth and occupation are unknown, there are dozens of theories about meeting Trey. According to popular theories cited by RnB hilly, Caro could be Millie Colon's sister. This would imply that she and Trey met through mutual friends.

Tremaine Aldon Neverson, aka Trey Songz, was born on November 28, 1984, in Peterburg, Virginia, to Claude Neverson Jr and April Tucker.

April Tucker remarried a member of the United States Army, and they moved around various military bases for the next seven years, eventually settling in Petersburg. Trey started his freshman year at Peterburg High School there.

Songz entered the Appomattox Regional Governor's School Talent show in 1998. He completely captivated the large audience, a foreshadowing of his future success.

Trey participated in many other talents shows after the success of his first. Troy Taylor, a record producer, saw him once at one of these shows. Troy offered Songz a recording correct with Atlantic Records after being impressed by his singing ability.

Songz gladly accepted the contract, with the mutual understanding that he would first finish high school, as he was only 15 years old.

Trey Songz was trending on Twitter after fans claimed he is the man in a sex tape leaked online. Despite Songz's refusal to confirm or deny the rumors, fans have speculated that Songz is the person in the video due to commonalities in tattoos and voice. "The vice," one fan wrote on Twitter. The inking. Trey Songz, that's who."

Trey Songz was trending on Twitter after fans claimed he is the man in a sex tape leaked online.
Photo Source: Instagram

Following the spread of rumors, Songz referred to the Only Fans link in his bio by posting a topless photo with the caption: "Link in the bio wit yo curious a**." He also posted a meme about the leaked video on his Instagram story, complete with laughing and crying emojis, prompting people to wonder if t was him. 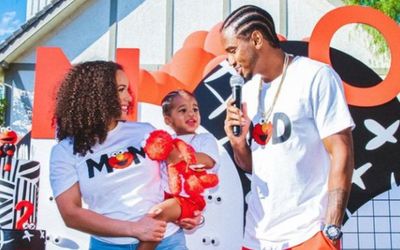 Is Trey Songz Married as of 2022? Who is his Wife? All Details Here!