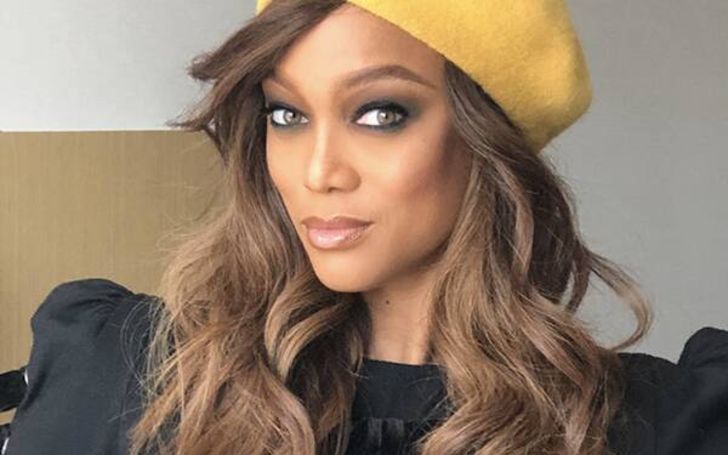 Dancing with the Stars host Tyra Banks confirms that she won't be a one-season only host despite her exit rumors.

Tyra Bank recently shut the rumors down of online portals claiming that she 'is already trying to back out of hosting.'

The reason for this untrue statement was due to the Oct 5 episode drama in the show Dancing with the Stars, where there was a glitch in announcing results by Banks.

Tyra Banks in the show Dancing With The Stars.
Photo Source: Page Six

The American television personality accidentally placed the wrong couple in the bottom two for the show's elimination round.

Apparently, she pronounced Vernon Davis and Peta Murgatroyd and Keo Motsepe, and Anne Heche as the contestants for elimination. Still, she had to call back Monica Aldama and Val Chmerkovskiy due to an error.

Later in the show, Davis and Murgatroyd were safe while Aldama and Chmerkovskiy faced elimination.

You may also like: Steven Weatherbee is Linked to Lia Marie Johnson: Here's What You Should Know

The executive producer Andrew Llinares immediately came to the model's rescue and gave a statement that the flub was not her fault. He further elaborated the situation with,

"I just want to be really clear, this was not Tyra's fault. It was a behind-the-scenes issue."

"There was a technical issue as the actual votes were coming in last night. What happened was, Tyra actually had the wrong names on her card," he furthered.

"As soon as we realized what was going on, and we got the correct voting information, we immediately rectified that on air. We spoke to Tyra; we got her to guide us through that. I think she did an amazing job rectifying what happened live on the show. It's not an easy thing to do, what she did."

The glitch ended up becoming just another added criticism for the 43-year-old judge who's received fan's negativity now and then for doing things her way in the show.

Tyra's fellow Judge Bruno Tonioli also addressed the issue and said, "It's a bit tiring, all the negativity, in not even giving people a chance. Just let her be who she is. It's great to work with her."

For more information on your favorite TV shows and movies, stay tuned to Idol Persona, and don't forget to sign up for the newsletter.