Is Tyra Banks Dating in 2022? Learn her Relationship History 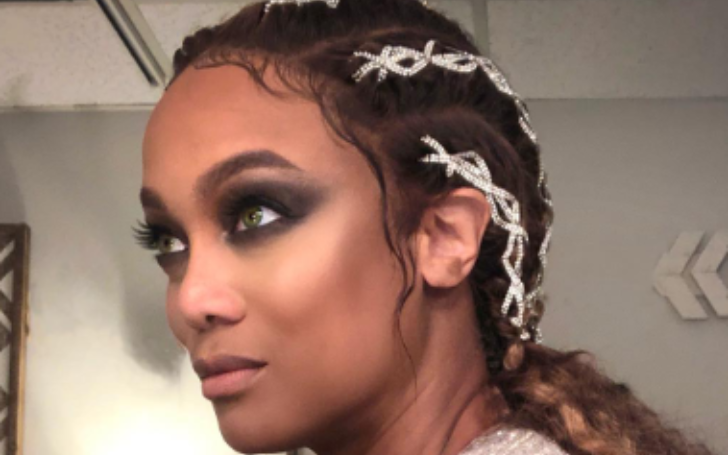 Learn All The Details On Tyra Banks' Personal Life!!

Tyra Banks is a well-known American television personality who created, judged, and hosted the reality show America's Next Top Model. 5'10'' tall supermodel is also a former model, a vocalist on occasion, an author, an actress, a producer, and a businesswoman.

The 48-year-old model was a Victoria's Secret Angel from 1997 to 2005. Banks also had her own show, The Tyra Banks Show. Modelland her debut novel was published in 2010. Her estimated net worth is over $90 million.

Yes, Tyra Banks is dating in 2022. As per Distractify, she began dating Louis Belanger-Martin, a Canadian entrepreneur, in 2018. The supermodel has a busy schedule, but so does her beau, who has held many top jobs according to his LinkedIn page.

Louis was President and CEO of Advanced Inflight Alliance AG, a company specializing in in-flight entertainment. Belanger-Martin is a co-founder of DTI Software and Groupe W, a private equity fund.

The couple has also taken classes at Harvard Business School, with Louis engaging in an Executive Education Program for company boards. Louis was previously married and had a son with his ex-wife Valérie Martin Scraire.

Tyra was photographed wearing a diamond ring on her ring finger in August 2020, two years after they allegedly began dating. The lovebirds were photographed in all-black athletic attire and black masks in Santa Monica, California. According to Us Weekly, the couple is not engaged. What is certain is that the pair is still going strong.

Tyra Banks was linked to film director John Singleton at the start of her career. In 1993, the duo met through mutual friends and began dating. Soon after, he directed Banks in her feature film debut, Higher Learning, in which she played a college track star that falls in love with another athlete.

Tyra Banks was linked to film director John Singleton at the start of her career.
Photo Source: Instagram

According to a 1995 People Magazine feature, Singleton wasn't easy on his girlfriend throughout the audition process, but he subsequently admitted that she was excellent for the job. "Usually, when you're with a girl, you start wanting your own space," he explained. "That's not the case with Tyra." The pair split up in 1996. John died in April 2019.

You May Also Like: Is Tom Sturridge Married? Learn 'The Sandman' Star's Relationship History

Tyra was later romantically linked to musician Seal, who they were first seen with on the red carpet at the Essence Awards. They both remained relatively quiet about their romance in the late 1990s, but Seal gave fans some insight when he appeared on Watch What Happens Live with Andy Cohen.

When asked if Seal's album Human Being was influenced by his relationship with Tyra, he said, "It wasn't inspired by her but we  stumble into one other every now and then, there's no drama."

Banks dated Sacramento Kings star Chris Webber from 2002 to 2004. After their brief romance, the athlete described their connection as "serious" in an interview with The New York Times in 2002. Tyra opened up about her breakup with the sportsman on an episode of the Tyra Banks Show, claiming he had cheated on her.

Tyra was in a relationship with John Utendahl, a successful Wall Street banker. The private couple dated for almost three years before splitting up in the early 2010s. In 2013, Banks began dating Norwegian photographer Erik Asla. Despite wedding rumors, they are not married but they do have a son. York, their baby boy, was born via surrogate in January 2016.

Banks later revealed her difficulties with infertility. "We are extremely delighted about our little baby boy bundle of joy," she told People shortly after the birth of her mini-me. "As I've already stated, the path to this point has not been simple. But there was a wonderful, bright light at the end of the tunnel for Erik and me." The following year, in 2017, they called it quits.