Home / health / Ulrika Jonsson's Weight Loss Story is Kind of Painful, She Reveals Her Struggle, Find Out What Happened

Ulrika Jonsson's Weight Loss Story is Kind of Painful, She Reveals Her Struggle, Find Out What Happened 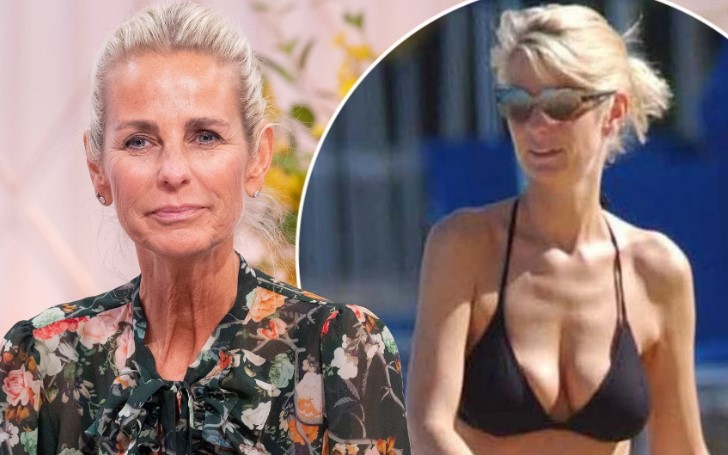 Here's what you should know about Ulrika Jonsson's weight loss.

Ulrika Jonsson (born Eva Ulrika Jonsson) is a Swedish-born English presenter and model. The TV personality came into prominence following her stint on TV-am as a weather presenter. Moreover, the model is also known for her work on the ITV show, "Gladiators" and BBC's "Shooting Stars."

While we all know how talented Jonsson, 54, is in what she does, there's something that bothered her whole life. The actress revealed about her health and other things; we thought you should know.

The television personality has worried fans about Ulrika's extreme weight loss in the past, and it continues still date. So, talking to different media outlets, Ulrika Jonsson has revealed why she took such extreme measures to lose weight, and what really bothered her? Let's find out.

Ulrika Jonsson Weight Loss, The Transformation That Got Fans Worried

It goes back to 2011, Ulrika Jonsson showed off her worrying thin figure during the British Comedy Awards, and many guessed she was not in good health. All the guesses, in fact, came true as the TV presenter after a month of that award show revealed she was suffering from a debilitating back condition.

Due to the chronic pain caused by Jonsson's back pain, the media personality lost massive weight, weighing only seven and a half stones in total body weight. Ulrika further revealed her back pain caused her to lose appetite and battle depression.

The TV presenter, talking to Daily Mail, said, "There was no let-up, none at all. I was in agony 24 hours a day. It felt like someone had poured acid down my lower back. For me, the pain in my lower back was increased by fluid leaking from the discs and causing immense pain down my left leg."

Ulrika further added, "I had become severely depressed and just couldn't see a way out. I had some very dark moments during that period. I would estimate that at my lowest, I weighed around seven-and-a-half-stone. It was this suggestion that I was inflicting all this on myself willingly that got to me…it was incredibly frustrating because the suggestion that I would risk my health for the perfect body goes against everything I've ever believed in."

Ulrika Jonsson Also Revealed She Was Disappointed By Her Breast Size

Ulrika Jonsson opened up about her struggle with her breast size. While many women desire bigger boobs, contrary to that, Ulrika wanted smaller breasts. She revealed her breasts made her feel uncomfortable wearing low-cut tops.

The former weather girl said, "When I was pregnant I went up to a 36I cup, or something shocking. I always felt big, and it changed all the choices I made clothes-wise. I would never wear low cut things. I felt very vulnerable in situations like that - so exposed. The done thing nowadays young girls, not all the young girls, are having breast implants."

The media personality underwent surgery to reduce her breast size in 2009; however, last month, she admitted her boobs fluctuate in volume, and that makes her furious.

On her social media, Ulrika said, "The Unhappiness Breasts Bring' T*ts. Boobs. Knockers. Whatever you call them. I've hated mine since before they arrived. Mainly because they were late and unexpectedly big. So much so that they would often enter a room minutes before I did and made me feel fat and cumbersome."

She continued, "Reduced them in 2009 - not myself, a professional surgeon. I asked for a 'Kate Moss' (i.e., flat because that is the most appealing, in my view) but had to have something to fit 'my frame. Then, years later, they were inflated by the sodding Menopause."

Jonsson added, "And now, I've unintentionally, unexpectedly lost weight and went to be measured for a new bra because my paracetamols won't fill the hammock I'm currently wearing, only to be told I'm a nightmare size because I'm tiny but need a big cup because I've 'lost volume. (Yes, know about specialist bra companies, and that's where I'll be turning). But seriously, t*ts. You get on my t*ts. I wanted to cry in the changing rooms. With all that excess skin and stupid bra measurement. #selfpity."

You May Also Like: Jane McDonald's Magical 4-Stone Weight Loss, Find the Secret.