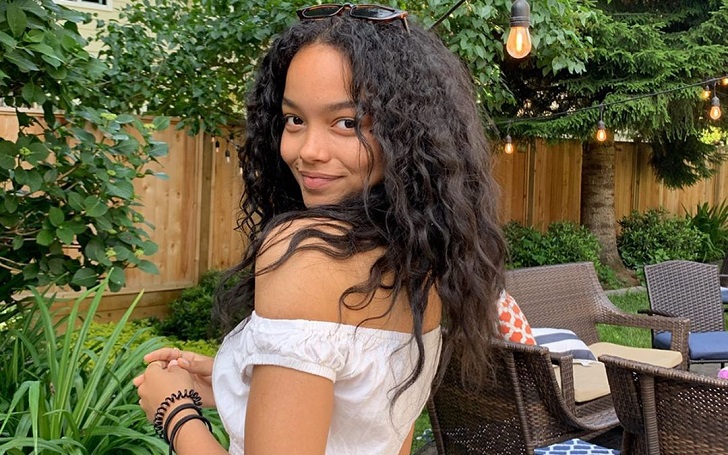 The reboot of 'Gossip Girl' could be the best thing for 2020 so far, and the addition of 17-year-old Whitney Peak couldn't make it more interesting! Here are all the details you need to know about the teenage actress.

The much-loved 2007 series, 'Gossip Girl', is all set to return in May 2020, and the teenager, Whitney Peak, is set to be one of its vital cast members. With a reputation made from the award-winning show 'The Chilling Adventures of Sabrina,' the diva is all set to bring back some of the most beautiful memories in the reboot of 'Gossip Girl'.

The ten-episode long show on HBO Max will see Peak act alongside the likes of Eli Brown and Johnathan Fernandez. At the mere age of 17, the actress has made quite a name for herself with a few notable credits.

Everyone has the right to dream, but only a few get to live it. Whitney Peak was born in the capital of Uganda, Kampala, and moved to Great White, Canada, as a child at the age of 10 with her family.

She grew up in Vancouver, BC, and like every other kid, had a core interest in acting. Eventually, she found her way into the American entertainment industry and burnt the midnight oil to set her place for a long run.

Whitney Peak in 'Molly's Game' and 'The Chilling Adventures of Sabrina'

Yes, you heard it right, Whitney Peak has a considerable amount of experience going into 'Gossip Girl' reboot. One of her best works came in Netflix's highly-rated show, 'Chilling Adventures of Sabrina' as 'Judith Blackwood'.

Highly Recommended: Who Was Clare Crawley Previously Engaged To?

You could see the African-American display her versatility in part 3 of the show in a total of three episodes. The diva will also feature in the fourth season as well.

Besides the breakthrough in the Netflix show, Whitney is set to make a mark in Apple TV Plus with the brand new show, 'Home Before Dark' alongside the likes of Louis Herthum and Brooklynn Prince. The 5'4" actress previously featured in Aaron Sorkin's directorial debut movie titled 'Molly's Game'.

Whitney Peak Could Play a 'Serena' or 'Blair' Type Role

Very little is known about what role Whitney Peak is going to play in the 'Gossip Girl' reboot. However, there are speculations on how she could either play a role like Serena to the Blair or vice versa.

The original 'Serena Woodsen', played by Blake Lively, has already ruled out to be involved in the television show. On the other hand, Penn Badgley did not rule out the possibility to be a part of the reboot, possibly with a cameo role.

Peak has big shoes to fill, considering the bar set by the original 'Gossip Girl' series. Similarly, she joins the likes of Emily Alyn Lind and Eli Brown in the show. Furthermore, reputed casts like Johnathan Fernandez and Jason Gotay will also act in the former CW series.

Whitney Peak will feature alongside Emily Lind in the reboot of Gossip Girl.
Source: Instagram

The trio of Peak, Brown, and Lind are set to lead in the show. Interestingly, the experienced Kristen Bell is set to return from the original cast as a narrator.

You may also like: Is Lindsley Register Married? Know about her boyfriend or husband.

The 17-year-old Peak, herself confirmed her acquisition in the much-anticipated show via her Instagram handle.