Home / lifestyle / Who is Alexandra Shipp's Boyfriend in 2021? Her Dating History Here

Who is Alexandra Shipp's Boyfriend in 2021? Her Dating History Here 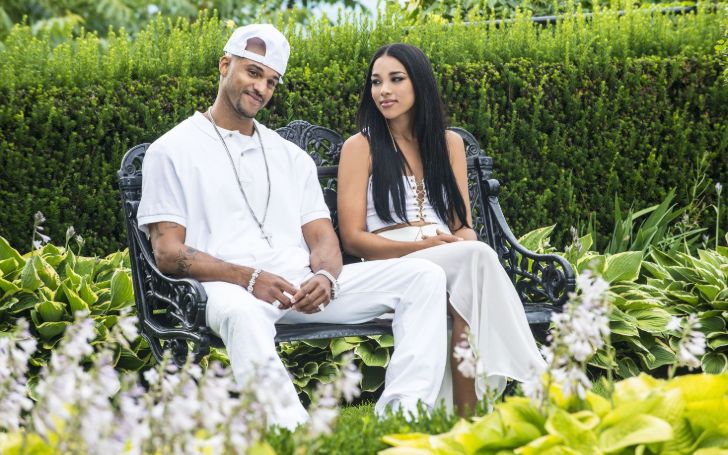 Is Alexandra Shipp's Married, Single, or Dating? All Details Here!

American Singer Alexandra Ruth Shipp is professionally known as Alexandra Shipp. She has wowed her fans by portraying singer Aaliyah in the Lifetime television film Aaliyah: The Princess of R&B in 2014. Also, she garnered massive attention in 2015, featuring Kimberly Woodruff in the movie Straight Outta Compton.

On the other side, Alexandra, who enjoys a net worth of $4 million, gained a lot of exposure as a renowned actor who featured Abby Suso in the 2018 romantic comedy Love, Simon. Her role as Storm in the X-Men franchise, starting with X-Men: Apocalypse, helped her increase her popularity.

Shipp, 30, was raised by her parents, James Sr. Shipp and Amy Ruth Shipp. She has three siblings, James Jr. Shipp, Jordan Shipp, and Kasia Shipp. Aside from Alexandra's career and family, let's learn about her love life here.

Is Alexandra Shipp Single in 2021? Know About Her Relationship Status

Talking about Alexandra Shipp's personal life, at present, she possibly is single and enjoying her bachelor's life, as mentioned by Whos Dated Who. However, she previously dated some guys, and we are sure of that because neither her on-screen nor her off-screen romance escaped out of eagle-eyed fans.

In 2016, Alexandra dated her X-Men co-star, James McAvoy, 42, a Scottish actor. After meeting each other in the set multiple times, the couple started getting close.

X-Men Cast Alexandra Shipp and James McAvoy were together in 2016.
Photo Source: The Indian Express

Undoubtfully, the duo was going pretty strong; however, sadly, things didn't work between them. The couple ended their relationship and never shared the reason behind the separation.

In February 2016, Alexandra wrote something related to her other mystery love life without disclosing her boyfriend's identity. She made a tweet about a perfect gift from him, "When your boyfriend gets you the PERFECT gift ?" This hints she was romantically linked with someone special, but details about him are yet to reveal, and there is a high chance they parted ways.

Back in 2011, Alexandra dated David Anders, an American television and stage actor. In October 2011 she tweeted claiming him to be the world's best boyfriend "@QuestionAnders is the world'sgreatest boyfriend. Jealous? You should be."

After dating for years, the pair broke up; why? Anders and Shipp never spoke about what caused them to end what they had; their relationship faded mysteriously.

Also, See: Who is Jane Clayson's Husband in 2021? Details on Her Kids and Family

Live Ramp Up noted that in 2013, Alexandra disclosed the ethnicity of her then-boyfriend without revealing his details and name. She only tweeted, "Contrary to popular belief, I'm not Asian. Although my boyfriend is? So I'll take it?"

Love, Simon Cast Alexandra Shipp Came Out As a Queer

At the age of 28, Alexandra Shipp finally spoke about her sexuality. Before, she never doubted herself as a Queer, but now, on her own behavior, she said that she is sure of her sexual orientation and gender identity.

Endless Cast keeps her few words to her followers on Instagram. She wrote, "Hi. I didn't come out until I was 28. Though I don't believe in regrets, this would definitely be #1 for me. I denied denied denied. I struggled with not only my sexuality but my femininity. I was scared it was too late. I was scared I wasn't going to be able to get work."

Alexandra Shipp came out as a Queer at the age of 28.
Photo Source: People

Click To Know: Is DeRon Horton Dating Anyone in 2021? Is He Gay?

Silk Road actress even said, "It's never too late to be you. If I don't work because of a flawed, racist and homophobic system, then it was never the right thing for me. I KNOW multiple someones's love me, and I'm so fortunate and grateful for the love they show me on a daily basis. I do not deny anything anymore."

"I'm not scared anymore. I have #pride in who I am and what I'm doing on this planet. I am myself, and I love LOVE. Sure, we get a month. But for the past 3 years and for the rest of my life, I'll be celebrating every day. Because I choose me," she added at last.

It has been more than four years, and Alexandra never came out with any affairs. No doubt, she probably is single due to her identity and wants to be single until she finds her perfect one.

In the American biographical television film Aaliyah: The Princess of R&B, Alexandra Shipp and Anthony Grant were an on-screen matchup. The duo fans always want them as a couple, but it seems impossible after Shipp's recent revelation of her sexuality.

The couple's bond is pretty good in the story. But, they never mend to dating each other in real life, nor do they date. They never get spotted together nor become part of a relationship rumor.

In 2015, Switched at Birth cast was linked with an American actor and rapper, O'Shea Jackson Jr., in Straight Outta Compton on the TV screen. However, they were only a screen matchup, nothing more than that. 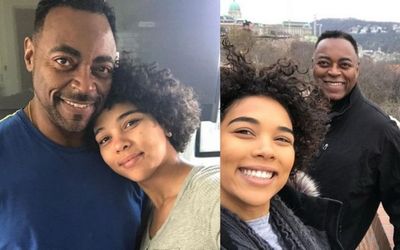 Who Are Alexandra Shipp Parents? Details on Her Family Members Here