Home / lifestyle / Who is Catalan Singer-Songwriter Rosalía Dating in 2021? 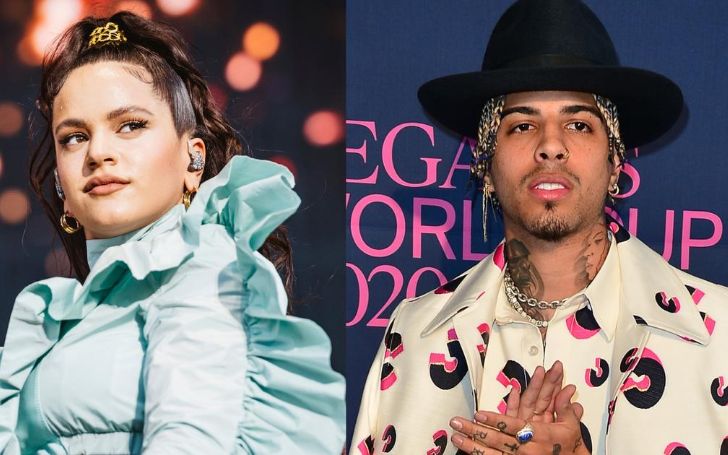 Here You Can Find All The Information About Who Is Singer Rosalía Currently Dating in 2021.

Rosalía Vila Tobella, known as Rosalía, is a Spanish pop singer-songwriter, producer, actress, and model. The Catalonia-born singer-songwriter holds fame for the first Spanish to receive a 2020 Grammy and is mainly known worldwide for her modern interpretation and flamenco music.

Being a famous personality, people are always curious to know who is Rosalía exactly dating in 2021? So let's learn it here.

Is It True That Rosalía Dating a Puerto Rican Singer?

In March 2020, Rosalía allegedly started dating Puerto Rican singer Rauw Alejandro. Despite a series of speculations about their romantic love life, the two haven't yet confirmed their relationship in public; however, they have released music together. Yes, they worked together, and there is a chance for their dating rumors to be real.

As per Distractify, the reported pair never photographed together, although they have been seen posting a single snapshot simultaneously with the exact location on their respective social media. Surprisingly, all of that happened.

Eagle-eyed fans who noticed Rosalía in Rauw's car in some of her photos also saw them posting individual pictures from the same house. Furthermore, many found they're sharing the same clothes. Those images really confused their fans ad made them think whether they are real couples or they just became a victim of rumor.

It seems like the love birds want to keep their romance out of the public glare. But, if it is true, then Tobella and Alejandro have been in a romantic relationship for several months now and are going quite strong.

On the other side, an insider told the magazine that their romantic love life was caught while Alejandro was shooting his music video, and they were kissing all the time but avoid being photographed at all costs.

After Singing Together on SNL, Rosalía And Bad Bunny Became A Dating Rumor

Rosalía and Bad Bunny were the subjects of dating rumors, even before the pair released the song. Likewise, fans have created a worldwide commotion on the Internet after the duo came out with their official music video for La Noche de Anoche on Feb 14, 2021. So, are Bad Bunny and Rosalía dating?

Actually, the two uber-popular musicians are not dating each other. The true fact is they both are in a relationship but not with each other but with their own partners, Rosalía with Rauw Alejandro, Bad Bunny with his model fiancée Gabriel Berlingeri.

However, Bunny posted on Instagram where the pair looked way too comfortable, captioning, 'I think I fell in love.' The same night Rosalía uploaded captioning, 'What are you doing tomorrow?' Unfortunately, fans started speculating something is interesting between the two.

Subsequently, Rosalía, during an interview at the 2019 Billboard Latin Music Awards, says, 'No, come on! He's a friend. He's a good friend. And it's cool, the picture, right?' Again being spotted having dinner together in June 2019, the same month, they re-confirmed they are just amigo.