Home / lifestyle / Who is Joao Felix Girlfriend in 2021? All About His Love-Life Here 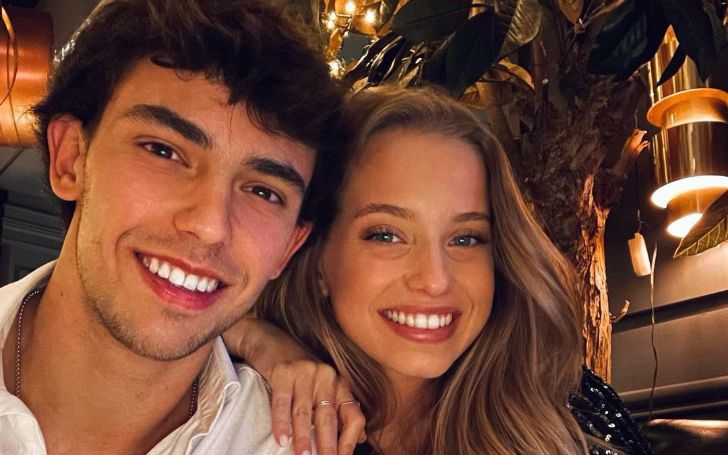 João Félix Sequeira, better known as Joao Felix, is a Portuguese professional soccer footballer well-known for his speed, acrobatic abilities, technique, dribbling, etc. Previously, Joao represented his country under-18, under-19, and under-21 levels, as a former Portugal youth international.

21-year-old Golden Boy rose the fame after helping Portugal win the 2019 UEFA Nations League, and he earned his first cap for the senior national team; during the semi-finals. He played as a forwarder for the La Liga club Atlético Madrid and the Portugal national team.

5ft 11in tall, Joao is a millionaire. Talking about the numbers, he holds an impressive net worth of nearly $25 million, which he accumulated through his football career. He signed a seven-year contract with Spanish club Atlético Madrid for $149.58 million on July 3, 2019. Besides his earnings, many want to learn his relationship status, which we will discuss on this page.

Is Portuguese Footballer Joao Felix Married? Or Dating Someone?

Globe Revelation Player Joao Felix isn't married; however, he is in a romantic relationship with Portuguese actress and model Margarida Corceiro. As mentioned by, Sport Mob, the pair first met back in 2019, and after that, they began dating. Precisely speaking, the love birds started seeing each other romantically in July 2019.

Although Joao lives in Spain and Margarida in Portugal, the duo is doing great. Indeed, they manage to keep up with each other in their long-distance relationship.

Joao and Margarida are already together for two years, and their romance is still going on. Day by day, the lovey-dovey couple bond is getting stronger.

Switching on their Instagram, on May 23, 2021, Margarida posted uploaded a photo where one can see the duo having a great time in a video call. Similarly, Joao last posted a picture of his girlfriend on October 26, 2020. Although he hasn't posted any photos of the model since then, we can't unsee posts that he uploaded previously. Thus, there is no doubt they are still a thing.

Also, See: Who is Jack Lowden? Everything You Need To Know About Him Here

If we talk about the past relationship, Joao has not shared any information on this topic. Further, no data is spotted linked with the couple's dating anyone else. So, we can also say that the duo is not romantically linked with anyone before.

Joao Felix was born on November 10, 1999, in Viseu, Portugal. He was the first of two children welcomed by his parents Carlos Felix and Carla Felix. His mother, as well as his father, were teachers who used to teach in University.

Speaking of Joao's sibling, he has a 17-year-old younger brother, Hugo Felix, who plays for Benfica youth ranks. He was a ball boy playing at the Estádio da Luz on some match days.