Home / lifestyle / Who is Jonny Lee Miller Wife in 2021? Learn All About His Married Life Here

Who is Jonny Lee Miller Wife in 2021? Learn All About His Married Life Here 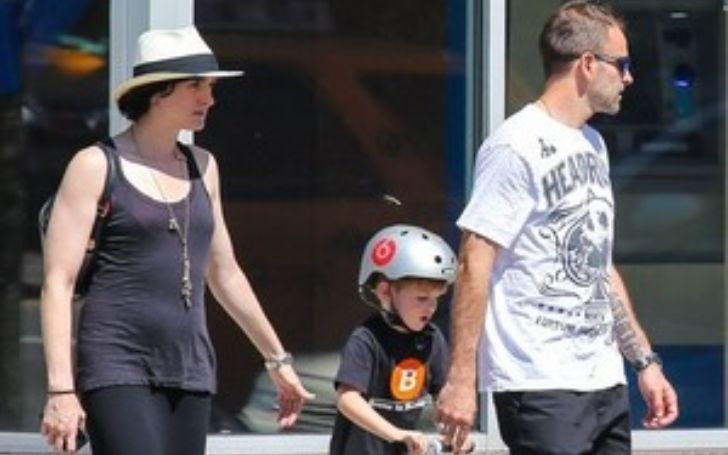 Let's Get To Know About Jonny Lee Miller's Relationship Status In Detail Here!!

Jonathan Lee Miller is better known as Jonny Lee Miller in his profession. On November 15, 1972, he was born in Kingston-upon-Thames and was raised in southwest London. Jonny recently rosed to fame from the crime drama Elementary, which also helped him earn his second Satellite Award nomination for Best Actor.

Raised in an actor's livelihood, Jonny, 49, was born to Anna Lee and Alan Miller, who were both engaged in the BBC's stage productions. Further, his grandfather Bernard Lee was also an actor who played M in the first eleven James Bond films. Jonny began acting at the age of nine in 1982.

Talking about numbers, 5 ft 11 in tall, Jonny is a millionaire having a total net worth of approximately $14 Million. He makes around the sum of $100,000 per episode from Elementary for his role. He owns an apartment worth $2.105 million in the East Village neighborhood, NYC. However, lets us not talk about his fortune but his love life here.

As of 2022, Jonny Lee Miller is unfortunately single and not married. However, it seems his beloved, Michele Hicks, still loves each other after their heartbreaking departure, as noted by HITC.

Talking about the duo's relationship, Jonny started dating actress and model Michele long back in 2006. After two years of romance, the pair tied the knot in July 2008 in Malibu, California.

The same year, Jonny and Michele welcomed their only son, Buster Timothy Miller. They gave birth to their baby boy in December 2008.

While the pair were together, they purchased a property together in Los Angeles. It was back in 2009, and they paid $1.56 million for it. However, after four years, they sold it for $1.6 million.

Things were going great for the couple; Jonny and Michele were happily married and enjoyed their time raising their only child, Buster. Sadly, after ten years of togetherness, the lovey-dovey couple parted ways. They divorced in 2018.

Switching on Trainspotting Cast Instagram, recently, on May 10, 2021, Jonny posted Michele captioning, 'Happy Mother's Day to @msmichelehicks, the mother of the best thing to ever happen to me, and all the mums out there.' This makes the eagle-eyes people curious about the topic are the couple still together. But, until and unless the couple cleared the rumor, no one can speak anything on this topic.

Switching the calendar in the 1990s, Jonny Lee Miller shared his vows with actress Angelina Jolie on March 28, 1996. Surprisingly, their marriage only lasted for 18 months. However, it took some time for the former pair to divorce. They legally separated in 2000.

They remain good friends on today's date, where Jolie was married twice, Billy Bob Thornton in 2000 and Brad Pitt in 2014. The couple seems to be single after their respective heartbreaks.

Read More: Who is David Weathers' Wife? Learn About His Family Member Here

And as noted by Page Six, Jolie, 46, was spotted at Jonny's apartment building in Brooklyn on Friday night carrying only her Louis Vuitton purse and a pricey bottle of Peter Michael wine, which creates quite a suspense on what's going on in the duo love-life.