Who is Ken Jeong's Wife, Tran Jeong? Learn About Their Married Life Here 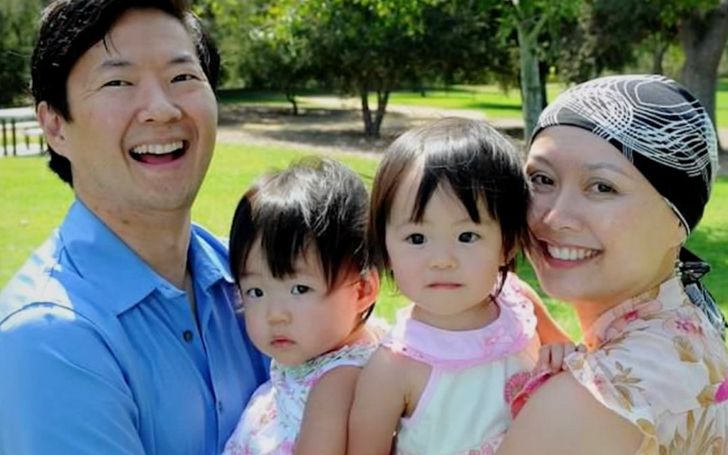 Grab All The Details Here About Ken Jeong and Tran Jeong Married Life.

Ken Jeong is a Korean-American stand-up comedian, actor, producer, writer, television personality, and licensed physician. He is the creator, host, and co-executive producer of the music game show I Can See Your Voice, based on a South Korean format.

Ken, 52, is best-known for playing Leslie Chow in the movie The Hangover. Besides this, he rosed to fame, playing the role of Ben Chang on the famous sitcom Community.

Talking about Ride Along 2 star, Ken's financial status, he is a millionaire. He accumulated a net worth of approximately $14 million, as noted by Wealthy Gorilla. Aside from his career and fortune, many are interested in grabbing details on his personal life, so let's learn about his married life, wife, kids, and parents.

Ken Jeong is married to his wife, Tran Jeong. The duo exchanged their marital vows in September 2004.

Professionally, Ken's spouse is a family physician. She graduated from the David Geffen School of Medicine at UCLA.

Ken and Tran are together with each
other since sixteen years.
Photo Source: Instagram

Ken and Tran first met when both used to work at Kaiser Permanente in West California. To be more specific, they encountered back in 2002. And as time passed, the couple started dating.

After dating for two years, the couple decided to tie the knot. Following that decision, in September 2004, Ken and Tran exchanged their wedding vows at a beautiful ceremony.

As time passed, things between Ken and Tran became stronger, and after three years of togetherness, they welcomed beautiful twin daughters, Zooey Jeong and Alexa Jeong, in 2007.

It has been more than sixteen years since the duo came to know each other, and Ken and Tran's love life is flourishing day by day, and we hope for the same in the coming future.

Ken Jeong was born Kendrick Kang-Joh Jeong on July 13, 1969, in Detroit, Michigan, to South Korean immigrants. He was then brought up in North Carolina.

Crazy Rich Asians star Ken was born to the D.K. Jeong and Young Jeong. His father was a professor of economics at North Carolina A&T State University, who received his Ph.D. in economics from Wayne State University.

Ken Jeong is a millionaire with a net worth of $14 million.
Photo Source: Instagram

Talking about his siblings, Ken was the youngest child to his parents. He got two elder twin sisters before him, and he grew up with them in the same house.

Also, See: Who is Jack Lowden?

5ft 5in tall, Ken attended Walter Hines Page High School, where he was elected to the student council and used to play violin in the school orchestra. He graduated in 1986.

Ken completed his pre-med studies in 1990 at Duke University and passed out, obtaining his M.D. at the UNC School of Medicine in 1995. He even has taken classes at the University of California, Los Angeles.