Home / lifestyle / Who is Negin Mirsalehi's Boyfriend in 2021? Find It Here

Who is Negin Mirsalehi's Boyfriend in 2021? Find It Here 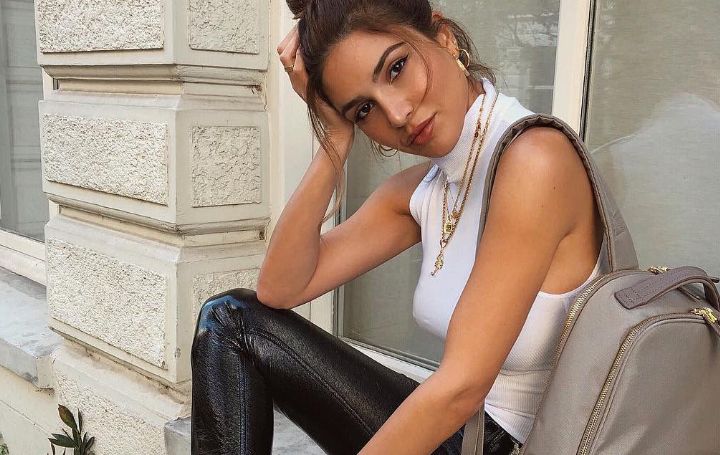 Find Out The Relationship Details of Negin Mirsalehi Here.

Negin Mirasheli is a Dutch model who is also a motivator from the Netherlands. She is an Instagram influencer who has engaged herself in the bee-keeping business.

Born in 1988 in Amsterdam, Netherlands, Negiin's father is a fifth-generation bee-keeper as per various online sources. Similarly, her mother is a hairdresser by profession. She grew up alongside her sister named, Negar Miraselhi.

Mirasheli is a young entrepreneur who operates her own hair care company, Gisou, which sells hair care products with honey as the raw materials used to manufacture the products. Regarding relationship status, currently, she is romantically linked with her lover Maurits Stibbe.

The 33-year-old Negin Mirsalehi is loyal to her high school sweetheart Maurits Stibbe. The duo started dating each other in July 2006 and has been lovers since they decided to begin their journey together.

Professionally, Maurits is the co-founder of Gisou, along with his love Negin. According to Money, in 2015, he quit his job at PwC as a strategic consultant to help Mirsalehi launch her hair care company.

Don't Miss: Who is Anya Taylor-Joy's Boyfriend in 2021? Find It Out Here

Besides making decisions in their personal life as a couple, the pair as business partners work together in their professional lives. The duo once refused an $800,000 deal with WWD, a leading haircare brand, as the organization was more important to them than other endeavors. Further, as per Mirsalehi, she is on the creative side of the business, and Stibbe, on the other hand, manages the day-to-day activities of the venture.

The popular Instagram sensation Negin Mirsalehi was born on November 2, 1988, in Amsterdam, Netherlands. As already mentioned, she was raised along with her older sister Negar Mirsalehi.

Mirsalehi attended the local high school where she met Maurits, the love of her life. Later she attended Vrije Universiteit Amsterdam and completed her bachelor's degree in business marketing.

Check Out: Elijah Molden's Girlfriend: What is His Relationship Status in 2021?

From being the daughter of a bee-keeper and a hairdresser to the co-founder of a multi-million business, Negin says that she takes her parents as role models to start the journey of successful haircare products.

Negin began her career as an influencer on Instagram in 2012 after getting a little bit of information about it from her friend; hence the path nourished her with more than 7 million followers to date. She says one has to be able to say no if they want to be a top-level influencer. In addition to being able to say no, one has to be picky as well.

Negin Mirsalehi is Pregnant as of 2022

Negin Mirsalehi, 33, is pregnant. Yes, she is about to welcome her first child with her fiancé, Maurits Stibbe. Nowadays, she frequently uploads pictures flaunting her baby bump.

Although it's Negin's first pregnancy, it seems her husband-to-be has already been through this experience. To put it simply, he is a father to two kids. Stibbe mentioned them in his tweet back in 2014. He wrote, "Great my Ex-Wife dumbs my kids on me knowing I would be at the office and in Hawaii with Negin for a month and a half."

Negin Mirsalehi is pregnant as of 2022.
Photo Source: Instagram

Talking about Negin and Stibbe's love story, the internet personality spoke about it a while ago through her Instagram story.

As per Negin, she met Stibbe 18 years ago through his younger brother. It was love at first sight for her, and they soon began to date.

Mirsalehi and Stibbe stayed in a relationship for a couple of months, and they parted ways. Indeed, things didn't work for them at the beginning. However, the duo met again after three years and patched up.

Now almost 15 years later, Mirsalehi and her sweetheart Stibbe are still deeply in love; further, they are about to expand their family.

For more information on your favorite idols, stay tuned to Idol Persona.