Home / lifestyle / Who is the Father of Erika Jayne's Son? All Details on her Relationships & Kids

Who is the Father of Erika Jayne's Son? All Details on her Relationships & Kids 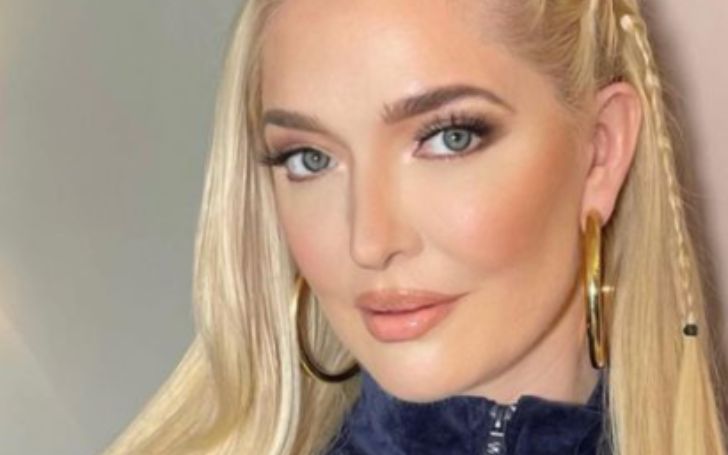 Grab All The Details On Erika Jayne's Personal Life!!

Erika Jayne has a net worth of $5 million as an American actor, singer, and reality television personality. She had some success as a dance/club singer, but she is probably better known as the cast of "The Real Housewives of Beverly Hills."

Who Is The Father Of Erika Jayne's Son?

The father of Erika Jayne's son is Thomas Zizzo, her ex-husband. Erika Jayne has only had one child over the years. In 1993, she gave birth to her son, Thomas Zizzo Jr., during her first marriage to Thomas Zizzo. Thomas Jr. is a police officer who graduated in 2016 from the Los Angeles Police Department Academy.

As per The Sun, Thomas Jr. keeps a low profile due to his work, but RHOBH fans occasionally see glimpses of Erika's police officer son on social media because he has previously refused to participate in the show.

Erika brags about her children in an Instagram photo from 2020, captioning it, "People think we look alike." "No, you can't comment," she said, along with a laughing emoji, implying she knew people would be eager for her lovely boy.

Click Here To See: Nick Cannon is having his 8th Child. Who is his Girlfriend? All Details Here

Thomas, Erika's first husband, is reported to be a DJ but has stayed out of the spotlight. The former couple met while Zizzo was working in a Manhattan club and married six months later.

While their relationship appeared to be flawless at first, the couple struggled to maintain their marriage together after a few years, so they mutually agreed to be divorced. It's unclear why the couple broke up at this time, but they've both moved on to new relationships since then.

Following her divorce from Zizzo, Erika Jayne married Tom Girardi, a former attorney and co-founder of the Girardi & Keese legal company in Los Angeles. After six months of courting, the pair married in 2000 and had been together ever since, until Erika startled fans by announcing her divorce in November 2020.

The cause for their separation is still unknown, many fans believe it has something to do with her husband's current legal issues, which have prompted followers to demand that the star be booted from RHOBH.

Girardi is facing various lawsuits, including one brought by his legal company partners, Robert Finnerty and Jill O'Callahan, who say Girardi never paid them around $315,000 in revenue over the years and instead pocketed the money for himself, adding to their firm's $101 million debt.

According to court documents obtained by People, his partners allege they lost $442,500 in equity in addition to the $315,000 in lost revenue. Erika is also accused of assisting her husband in defrauding other families who lost loved ones in a Boeing jet crash in 2018.

Hulu published a documentary called The Housewife and the Hustler in June 2021, which delves into the real-life legal drama between the two.