Home / lifestyle / Who Is Leslie Jones Dating? What's This about a Secret Boyfriend?

It's been quite a while that rumors are looming regarding how the SNL star Leslie Jones is dating a secret boyfriend. How accurate are the claims? Let's find out.

Memphis-born Leslie Jones (weight loss)is best known for her five-year-long comedy and writings in the NBC hit show, 'Saturday Night Live.' The Emmy-nominated star made a career in the entertainment industry with some top films like 'Trainwreck,' 'Repos,' and the highly-rated 2016's 'Ghostbusters.' Likewise, she also received an Emmy nomination, which speaks volumes regarding her stature.

On television, there is barely anyone who doesn't recognize Jones as she entered the industry in 1996 and featured in some top shows like 'Mind of Mencia' and 'Chelsea Lately.' The fan-favorite character started the current year with a bang as well, featuring in reality shows like 'RuPaul's Drag Race' and 'Supermarket Sweep.' While she is set to appear in the upcoming project of 'Coming 2 America,' there has been increasing hype regarding her dating life. While the fans saw her romantic relationship with Kyle Mooney in the SNL, is she dating him in real life too? Or is she keeping things private about her new boyfriend? Let's find out.

Leslie Jones DENIED a Secret Boyfriend After Making Him Up

While media are responsible for most of the rumors regarding a secret boyfriend and affairs of many celebrities, the one with Leslie Jones was started by the diva herself. Interestingly, the former 'Saturday Night Live' star said how she was dating someone in secret in June 2017. Back then, her defense of keeping things private was to let her boyfriend live in peace and unbothered from all the hype.

However, Jones, who enjoys an impressive net worth of $5 million, did contradict her statement after a few months denying all the possible scenarios on her dating scene. Surprisingly, the Emmy-nominated star confirmed her relationship status as 'single' and revealed her bad luck with men and how they don't tend to like her.

There was never a secret boyfriend. I have terrible luck with men.

Well, Leslie, who enjoys a net worth of $5 million, might not be seeing anyone right now, but she did talk about the attributes she would want in her boyfriend during an appearance on 'Conan.' The stand-up comedian who made millions of people cherish life in laughter believes the best way to win her heart is by making her laugh, In fact, it's quite easy to get her laughing, as she loves all sorts of goofiest things and goofy men. Only time will tell if the 52-year-old comedian will find a boyfriend anytime soon that fits all her given criteria.

The love affair between comedian Leslie Jones and Kyle Mooney was a sort of big deal as they managed to win over the hearts of many. Unfortunately, while fans were shipping the two to get married, they were shocked to know how they were not in an actual relationship.

Taking nothing away from the fans, the SNL writers wrote everything perfectly to let them believe in their affair. In fact, they used to flirt with one another and even performed a musical number together. Furthermore, the story plot also saw Jones sleeping with Mooney, which made the fans buy their on-screen relationship into reality.

In 'Saturday Night Live', Leslie and Mooney started serving parents to a school-aged kid named Lorne. Furthermore, the pair even shared several ups and downs in their on-screen relationship, which made all of us think about how they were one of those real-life lovebirds. However, Leslie burst the bubble way back in 2019 during a sketch series as they joked about how fans bought into all the storylines.

The 52-year-old TV personality, Leslie Jones, might be single but isn't hiding around any of her feelings for anyone. The former SNL cast crossed paths with American singer-cum-record producer, John Meyer last year during an event and shared a special vibe.

Leslie Jones revealed how she wanted to have sex with John Mayer.
Photo Source: The Hollywood Gossip

Interestingly, the singer, upon whom millions of ladies have their crush on, proposed an idea on how he would write a song on her in the future. That did get her riled up, and later Jones did reveal how she wanted to have sex with the artist instead. Well, that was quite direct, but the ones who have followed her for quite long admire her for this bold nature itself.

You May Also Like: Top 5 Facts to Know About Snooki's Husband Jionni LaValle

The 52-year-old has never been married in her life to date and doesn't look to tie the knot with anyone anytime soon. Unless a goofy guy that matches the attributes Leslie would want in her lover comes by. Only time will tell. 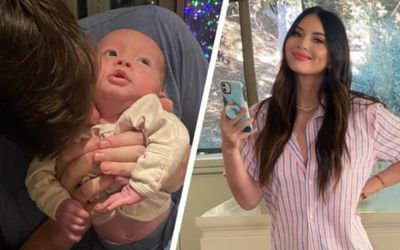 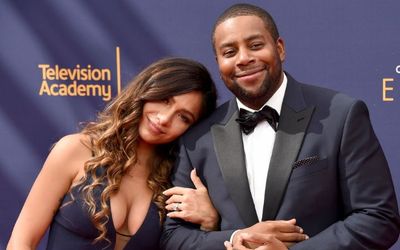