Home / lifestyle / Who is Xea Myers? All The Facts Here

Who is Xea Myers? All The Facts Here 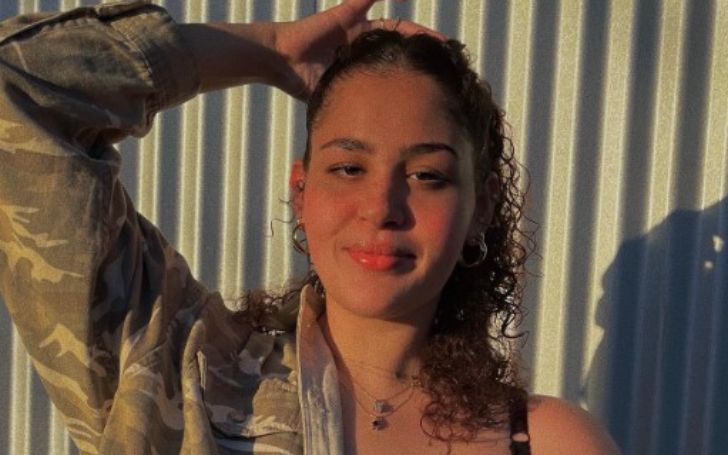 Learn All The Details On Xea Myers!!

Xea Myers is a rising star in the United States. She is the only child of late rapper Heavy D and celebrity chef Antonia Lofaso. Her father was a well-known figure in the rap industry.

The star kid has matured since the last time we saw her at Heavy D's funeral. Many fans wonder what Heavy's daughter Xea is up to these days. So, in this article, we'll learn all the details on Xea Myers.

As already mentioned, she is the daughter of Antonia Lofaso and Heavy D. She is of mixed ethnicity. Myers is African-Jamaican on her father's side and Italian on her mother's side.

Xea Myers was born in the United States on February 25, 2000.
Photo Source: Instagram

The 5 ft 5 in tall Myers was raised in Los Angeles, where she also completed her formal education. She attended Marymount High School. Xea went to college after graduating from high school. She is 22-year-old.

Click Here To See: Who is Sevyn Streeter Boyfriend in 2021? Learn Her Dating History Here

When Xea was accepted to college, her mom shared the news on her social media account, expressing how proud she was while feeling sad that her daughter was leaving home.

How Did Xea Myers Get Her Start in The Industry?

Xea Myers rose to prominence as the only kid of celebrity Heavy D, famous as a rapper, record producer, singer, and actor. He was also a former member of Heavy D & the Boys.

Myers drew the attention of many people due to the popularity of both of her parents. Her mother is a well-known chef who has appeared on television shows such as Top Chef, Chopped, and Restaurant. Similarly, Myers is working on establishing herself as a social media star and fitness trainer.

The 22-year-old superstar is popular on social media and has been seen posting beautiful pictures of herself.

As per Bio Wikis, Xea Myers is single. According to her social media, she does not appear to have a boyfriend. Moreover, she is more concerned with her education at the moment.

Myers has kept her social media profile relatively open to the public, and she usually shares things from her daily life. We have yet to see her with someone she refers to as her boyfriend.

For celebrity updates, stay tuned with us in Idol Persona.