Home / lifestyle / You's Forty Quinn Star James Scully - Does He Have a Wife?

You's Forty Quinn Star James Scully - Does He Have a Wife? 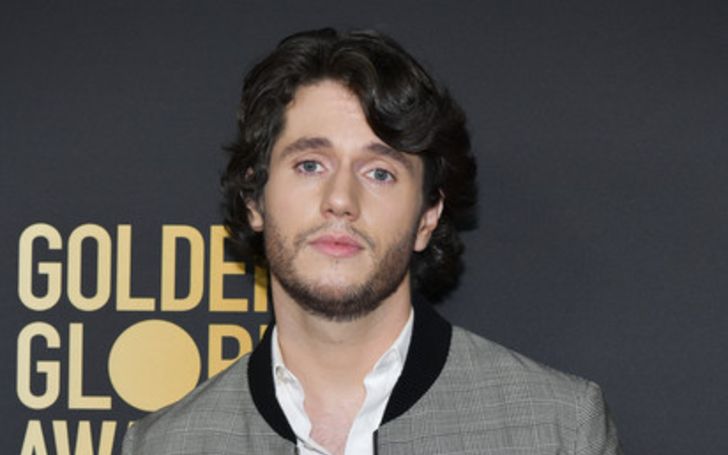 Here are all the details regarding the married life and wife of You's Forty Quinn Star James Scully.

James Scully is well known for his portrayal of the character 'Forty Quinn' in the Netflix thriller series 'You' and the character 'JD' in the Paramount Network series 'Heathers.'

James Scully is well-known for his part as the character 'Forty Quinn' in 'You.'
Source: Instagram

'You' is an American psychological thriller series made by Greg Berlanti and Sera Gamble. The series is about a dangerously charming, intensely obsessive young man named 'Joe Goldberg,' who goes into extreme measures to insert himself into the lives of those he is transfixed by.

If you were searching all over the Internet to learn about the wife of the 'You' actor James Scully, then you came to the right place. Here in this article, we will present to you the complete information regarding the married life of the 30-year-old actor.

Who is the Wife of 'You' Actor James Scully?

James Scully, who is worth $1 million, is not married at present. But the actor is indeed in a relationship with a New York-based actress and singer named Mel Weyn.

James Scully is in a relationship with a girl named Mel Weyn.
Source: Mel Weyn Instagram

According to James' girlfriend Mel Weyn's bio on her website www.melweyn.com, Mel seems to be a theatre actress, and she played 'Tzeitel' in the First National Tour of 'Fiddler on the Roof,' directed by Tony Award winner Bartlett Sher. The bio also mentions that she also previously understudied 'Maria' in the national tour of 'The Sound of Music,' directed by Jack O'Brien.

As James Scully mentions on one of his Instagram posts, the duo met by chance at their friend's birthday party. The duo then started dating, and after 3 months, they moved into an apartment together. In such a short period, they were able to trust each other and express their genuine care and affection for each other.

Well, we hope the lovebirds will take their relationship to the next level soon by tying the knot.

To find out about the relationship of famous people, visit Idol Persona.

Who is Elizabeth Lail's Boyfriend? Grab Details of Her Dating History