Home / lifestyle / Who is Yvonne McGuinness? Detail About her Married Life and Relationship

Who is Yvonne McGuinness? Detail About her Married Life and Relationship 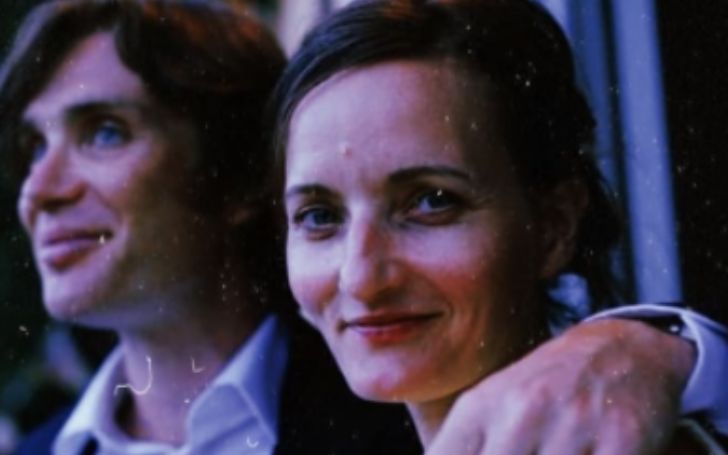 Learn All The Details On Yvonne McGuinness Personal Life!!

Yvonne McGuinness, 49, is an Irish multimedia artist who is well-known in Ireland and the United Kingdom for her artistic works. She is a multi-talented artist who has demonstrated skill in various visual art mediums, including video installations, print art, and live performances.

McGuinness' works depict self-concepts with a desire to express, as well as a hint of deception. This is between us, Procession and Charlie's Place are some of Yvonne's short films. She is also well-known as the wife of "Peaky Blinders" star Cillian Murphy but rarely appears in public. Her estimated net worth is $1.5 million.

Yvonne McGuinness was born in Kilkenny, Ireland, on October 12, 1972, to Gay McGuinness and his wife. Gay McGuinness has been involved in the vineyard business since 1990 when he purchased the famous Domaine de Notre Dame des Anges vineyard in France.

Yvonne McGuinness, 49, is an Irish multimedia artist who is well-known in Ireland and the United Kingdom for her artistic works.
Photo Source: Instagram

Jim McGuinness, her uncle, is a well-known Irish politician who is a member of the Fianna Fail Party and a Parliamentarian for County Carlow.

Yvonne graduated from the Royal College of Art in London with a Master of Arts degree. She also attended Crawford College in Cork for a short time.

McGuinness is a multidisciplinary artist who focuses on video installations and printmaking. She has also ventured into filmmaking, producing three short films since then.

Yvonne's most recent short film, The Well, was released in 2017 to widespread acclaim. Draocht, in cooperation with Fingal County Council Arts Office, commissioned McGuinness to create a site-specific performance and film installation for the Amharc Fhine Gall 11th Edition in 2017.

The Amharc Fhine Gall is a notable annual exhibition that showcases the work of Fingal-based visual artists.

Yvonne McGuiness tied the knot with Cillian Murphy in 2004, in France at her father's vineyard. They dated for more than eight years before marrying.

Yvonne McGuiness tied the knot with Cillian Murphy in 2004, in France at her father's vineyard.
Photo Source: Instagram

In 1996, McGuinness met Cillian at one of his shows. Murphy is also a well-known Hollywood actor who rose to prominence due to his distinctive acting abilities, which he demonstrated in several of his films. With his performance as Dr. Jonathan Crane/Scarecrow in the hit film Batman Begins, he was put in the spotlight.

Other famous movies and television programs in which Cillian has acted include Watching the Detectives, The Wind That Shakes the Barley, Sunshine, and many others. In addition, his outstanding performances have garnered him numerous honors and nominations.

As per Biography Mask, Malachy Murphy and Aran Murphy are the couple's two children. McGuiness lives in Dublin, Ireland, with her family. She relocated from London to Ireland for her sons to grow up with their grandparents.