Is Zelda Williams Related to Robin Williams? Details on her Family here 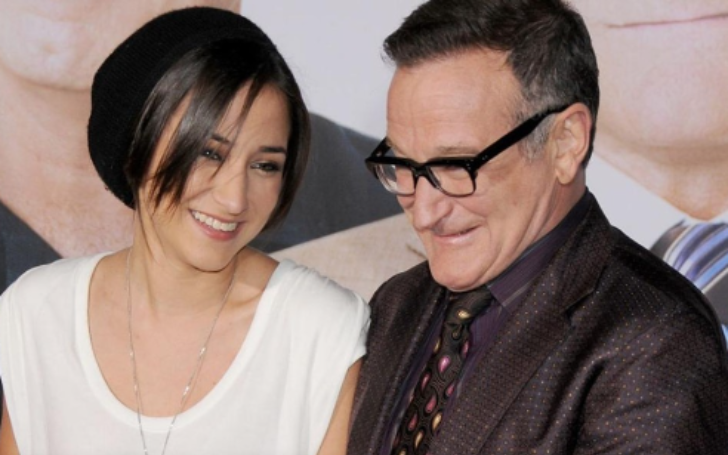 Learn All The Details On Zelda Williams' Personal Life!!

Zelda Williams, 32, is a well-known American actress, best known for her performance in the television series Dead of Summer. She was named after the video game series The Legend of Zelda, which was one of Robin Williams' favorite game series.

Williams made her acting debut at the age of five in the television film In Search of Dr. Seuss. Her estimated net worth is $20 million.

Talking about Zelda's private life, from 2013 to 2016, she was romantically linked with actor Jackson Heywood. Williams had previously dated actor Colin Donnell.

Yes, Zelda Williams is related to Robin Williams. She is his daughter.

Zelda Williams is a well-known American actress, best known for her performance in the television series Dead of Summer.
Photo Source: Instagram

Robin was a comedian and actor from the United States. He is considered one of the greatest comedians of all time due to his improvisational ability and the huge variety of characters he developed on the spur of the moment and played on film, in both dramas and comedies.

Robin died on August 11, 2014. As per People, In the tragic aftermath of Robin's shocking suicide, Zelda remembered her father with a moving passage from Antoine de Saint-The Exupery's Little Prince.

"You - you alone will have the stars as no one else has them," Zelda wrote on Twitter, echoing the 1943 children's classic.

"I will live in one of the stars." I'm going to laugh at one of them. When you look at the night sky, it will appear as if all the stars are smiling." Zelda continued, "I love you." I miss you. I'll keep looking."

Zelda Williams was born on July 31, 1989, in New York City. Her father is Robin Williams and her mother is Marsha Williams. Her father was a great Hollywood actor who was well-known all over the world.

Zelda was Robin's second kid and his first daughter. She has an older stepbrother named Zachary Williams from Robin's first marriage, as well as a younger brother named Cody Williams.

Robin previously revealed that he named his daughter "Zelda" after "Princess Zelda," the main character in his favorite video game, The Legend of Zelda.

Zelda grew up in a famous cinema household. As a result, she was not unfamiliar with the world of movies. Williams also joined her father on numerous of his film sets. Despite her later confusion about her true passion, she remained involved in the American entertainment world.

You May Also Like: Does Jack Harlow Have a Girlfriend? Learn his Relationship History

Robin worked largely in Los Angeles, but he wanted his children to be as far away from the spotlight as possible. As a result, Zelda spent much of her youth in San Francisco.

Zelda's interest in performing began at a young age. She had already begun facing the camera by the age of five. Williams was uninterested in acting for the first several years of her career. She was still searching for her actual passion while in college.

Williams eventually decided to engage in the entertainment sector. Aside from acting, she enjoys directing films.