Home / net-worth / What is Anthony Ramos' Net Worth as of 2021? Here's All the Breakdown 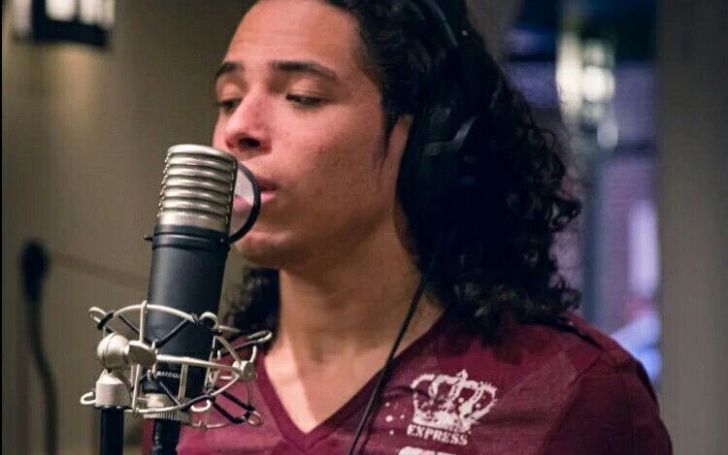 Anthony Ramos Martinez, known as Anthony Ramos, is a talented American actor, singer, and songwriter. He rose to fame for his double roles as John Laurens and Philip Hamilton in the Broadway melodic Hamilton and his music productions.

5 ft 9 in tall, Ramos was born on November 1, 1991, in New York City, U.S. He was raised in Bushwick, Brooklyn, by his mom. Talking about his siblings, he has a sister Stephaine Romos. His family is of Puerto Rican descent.

Many rumors are made by haters in the daily life of celebrities. Keeping all that aside, Ramos doesn't define his success by the amount of money that he has in the bank. However, fans worldwide are eager to grab details on his financial success. Let's get to know about his net worth and earnings below.

Is Anthony Ramos a Millionaire?

Anthony Ramos is indeed a millionaire with a net worth of nearly $3 million, and it is true that he wasn't a millionaire since his birth. He worked hard for the lavish lifestyle he enjoys today.

The young artist writes his own future and is quite famous as a successful musician and actor in the entertainment biz. And obviously, all credit for his impressive fortune goes to the hardship he placed in his career field.

Talking about earnings, Ramos makes some portion of his greens as a broadway artist. As per New York Times, broadway actors receive a union-mandated minimum of $1,900 per week. Going through this, Ramos might earn around $116,300 per year through stage production.

Boardway cast members' salaries depend on their fame, experience, and the demands of the role they're playing as per The Street. Being a famous personality, Anthony might also receive $100 thousand or more a week in Boardway productions. However, nothing is for sure, as these numbers are just an estimation.

Click To Know:  Rina Sawayama's Net Worth in 2021: Here's All the Breakdown

According to Social Blade, Anthony monthly earns $173 - $2.8K through his Youtube channel, whereas, yearly, he makes $2.1K -33.2K. Yes, he is a YouTuber, too, and he frequently uploads his songs on the channel.

His net worth will roll more as he is doing more films and music albums in the upcoming days. Ramos is all ready to star in the film adaption of Lin-Manuel Miranda's musical In the Heights in 2021- a full-circle moment for the star.

Previously, Anthony Ramos used to work as a baker and preschool teacher. He then entered the 'In the Heights' production in 2012; he also acted in Heart and Lights at Radio City Music Hall back in 2014.

Talking about his television and film career, Ramos made his television debut playing the character Julio on the T.V. series Younger in 2015. Similarly, in 2016, he had his appearance in the film White Girl where he played the role of Hilo. Besides, he also showed up in the movie, Distant which is his forthcoming comedy-drama film.

Let's Know: Who is Rina Sawayama's Boyfriend? Learn Her Relationship Status in 2021

Going through his successful motion pictures, we can get White Girl (2016), A Star Is Born (2018), and Elena of Avalor (2019). Speaking of accolades, Being a musician star, Ramos received an award as Best Musical Theater Album for Hamilton in the 2016 Grammy Awards.

If you want to know more about your favorite celebrity then stay tuned with us in Idol Persona.