Home / net-worth / What is Chris Rock Net Worth? Here is the complete Breakdown of his Earnings 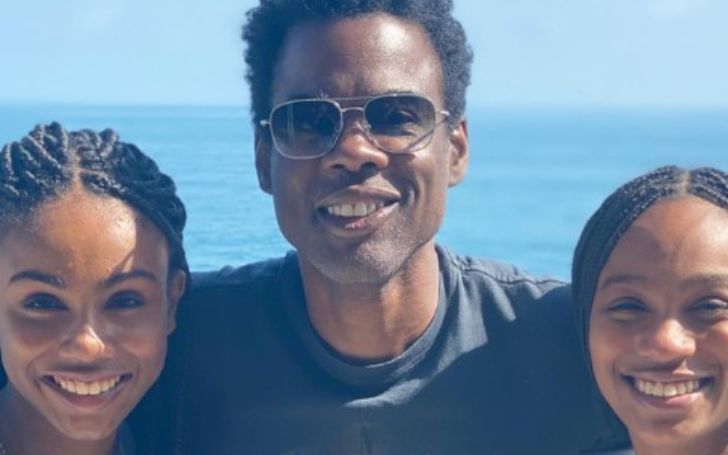 Learn All The Details On Chris Rock's Net Worth!!

Rock made his big-screen debut in Beverly Hills Cop II and was a member of the Saturday Night Live cast for three years.

The comedian was married to his wife, Malaak Compton-Rock. The duo parted ways back in 2016. They are parents to two kids, Lola Simone Rock and Zahra Savannah Rock. Currently, Rock is rumored to be dating Lake Bell.

What is Chris Rock Net Worth?

According to Celebrity Net Worth, Chris Rock holds a net worth of $60 million. Without a doubt, that number is an estimation, and his actual financial figure might be substantially higher. While talking about his fortune, he lost $10 million in a divorce settlement with his ex-wife, Malaak Compton.

Rock is one of the world's highest-paid comedians. He earned $60 million between June 2016 and June 2017. Similarly, Chris made $30 million the very next year.

With a successful career, Rock collected a huge amount of fortune. He invested in Lowell Herb Co., a California-based cannabis company, in August 2019.

If you're in this line, then you already know Chris Rock used to work on Saturday Night Live. While he was SNL's cast, he bought a house in Brooklyn, New York, in 1994. He stayed there for two years before relocating with his now ex, Malaak, to the suburbs.

Rock then rented his Brooklyn residence for $8,000 per month until 2017, as per Vivarae News. In addition, the site mentions that the Netflix star decided to sell it for $3.25 million.

Further, the site also notes that Chris' former spouse continued to live in the family's estates in Alpine, New Jersey. The duo bought the 13,000-square-foot residence for $3 million. They purchased that place back in 2001.

Chris Rock worked as a television producer in addition to writing and directing films. In 2005, he was the executive producer and narrator of the UPN comedy series "Everybody Hates Chris." Later, the show moved to The CW, where it aired until 2009, when it was canceled.

The show's content was mostly based on Rock's personal experiences as a teenager. "Totally Biased with W. Kamau Bell," which he also produced, was a hit.

Rock also earned massive applause for his Netflix projects. He did a stand-up show, which was called "Chris Rock: Tamborine" (2018), which received positive feedback. The show was so good that it received an extended cut.

Rock's Netflix show extended cut was called "Total Blackout: The Tamborine Extended Cut," and it was released with extra content, which length a half-hour.

To date, Rock has done many other outstanding projects. He is still active in the entertainment biz as an actor, producer, writer, composer, and comic. Talking about his upcoming works, we can't miss his "Ego Death World Tour 2022." Similarly, Rock announced his five-show run with Kevin Hart, "Rock Hart: Only Headliners Allowed."

Will Smith Slapped Chris Rock At The Oscar 2022

Those who keep themselves updated with Hollywood's news might already know Chris Rock was onstage at Oscar 2022. He was there to share his craft with the crowd, and by craft, we mean stand-up performance.

Until today, Chris has performed several onstage acts; in addition, he has hosted many shows, including the 77th Academy Awards in 2005 and the 88th Academy Awards in 2016. So, performing in front of the mass is nothing new for him; however, something went down during his Oscar performance that was totally new for Chris.

To put it straightforwardly, Chris got slapped by the veteran actor Will Smith. Yes, that happened, and what triggered that incident. Well, things went down after Chris joked about Will's wife, Jada Pinkett Smith.

Recommended: How Much is Christian Bale's Net Worth? Here is the Complete Breakdown of Earnings

During Chris' Oscar act, he commented on Jada's hair. His words were, "Jada, I love you, G.I. Jane 2, can't wait to see you." He said that because of Jada's hair.

Smith's spouse went through hair loss because of a disease. His wife revealed her condition back in 2018. Back then, she opened up about being diagnosed with alopecia.

For those who didn't get Rock's joke, "G.I. Jane" was a 1997 action film by Ridley Scott. In the movie, Demi Moore, who was the protagonist, shaves her head during her military service. Yes, Rock compared Moore's hairstyle with Pinkett Smith's bald head.

As soon as Rock cracked that pun, it made everyone in the event laugh except Pinkett Smith. Yes, even Will Smith liked that joke. However, he reacted differently after he saw his wife's facial expression.

After that, Smith walked onto the stage and slapped Rock. Surprisingly, the comedian kept his cool and still made the audience laugh; despite Smith screaming, "Keep my wife’s name out of your f*****g mouth." Further, Rock even joked, saying, "Will Smith just smacked the sh*t out of me."

What Happened To Chris Rock And Will Smith After The Oscar Incident? The Aftermath And Apology?

Obviously, the news went viral everywhere. Will Smith slapping Chris Rock at the Oscars it was on everyone's screen, and the "Men In Black" star did get many negative remarks for his action.

After all, was said and done, Will Smith did apologize to Chris Rock. As noted by CNN, Smith took it to Instagram. The Fresh Prince uploaded a post and called his action "unacceptable and inexcusable." He expressed,

"Jokes at my expense are a part of the job, but a joke about Jada's medical condition was too much for me to bear and I reacted emotionally. I would like to publicly apologize to you, Chris. I was out of line and I was wrong. I am embarrassed and my actions were not indicative of the man I want to be. There is no place for violence in a world of love and kindness."

Further, Smith wrote in his post, "Violence in all forms is poisonous and destructive." Similarly, he also apologized to "the Academy, the producers of the show, all the attendees and everyone watching around the world." Moreover, he also noted, "I deeply regret that my behavior has stained what has been an otherwise gorgeous journey for all of us," while adding, "I am a work in progress."

Although The Pursuit of Happiness actor made things clear and showed how sorry he was for his actions, the disaster was already done; thus, many people worldwide wanted certain steps to be taken against him. Thus, days after the Oscars 2022's slapping incident, the Board of Governors for the Academy of Motion Pictures Arts and Sciences did something?

They decided to ban Will Smith from all the Academy events for ten years, as noted by Live Mint. Yes, we won't see Will for a decade at any Academy events. 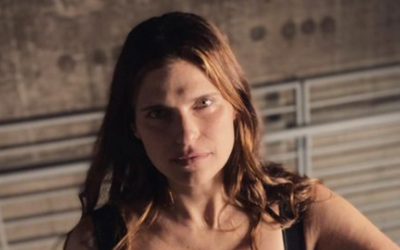 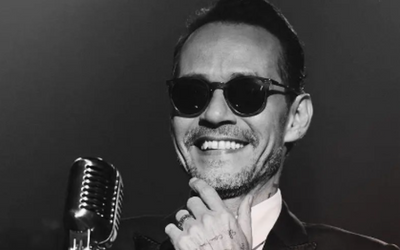 What is Marc Anthony Net Worth in 2022? All Details here