Home / lifestyle / Who is Holly Robinson Peete Husband? | Details on her Married Life

Who is Holly Robinson Peete Husband? | Details on her Married Life 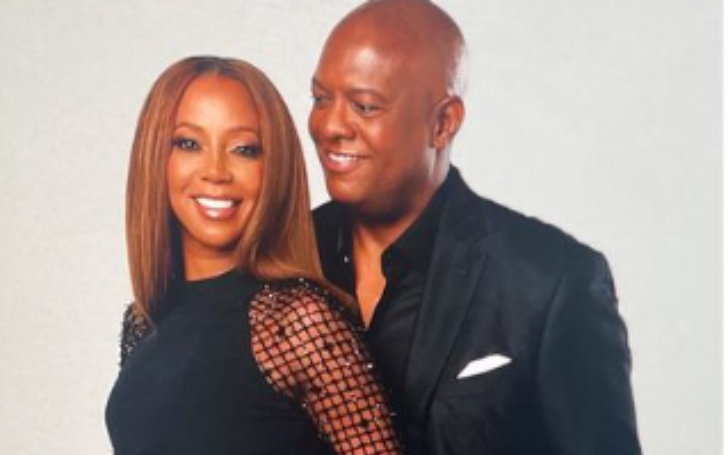 Grab All The Details On Holly Robinson Peete's Personal Life!!

Holly Robinson Peete is an American actress and singer. The 57-year-old actress' estimated net worth is $4 million.

Robinson Peete has appeared in movies and television shows such as 21 Jump Street, For Your Love, and The Talk.

Who Is Holly Robinson Peete's Husband?

Rodney described his first love interest for Holly in an interview with Essence two years ago: "She put hot sauce on her fries," he said of their first dinner together with mutual friends. "I could tell she was at ease around me because she was stuffing her face with food."

The lovebirds, who have been married for over two decades, also revealed that counseling has been critical in their relationship. "Rodney was always willing to meet with a counselor," Holly told the outlet. "With our hectic schedules, we sat down with an objective third party, which was critical in the early days of our relationship." We are still in contact with our counselor."

Holly Robinson Was Surprised By The Proposal While Filming

As per Heavy, Holly Robinson Peete recently posted a photo of the proposal on Instagram, reliving that special moment. When Rodney proposed, he said, "A good woman is hard to find, and once you find one, you have to keep her." You are the best thing that has ever happened to me. "I love you from the bottom of my heart."

Holly Robinson Peete posted on Instagram, "1994 Best. Proposal. EVER. I had to bring it up today. On the eve of our twins' 23 birthday, I'm remembering how it all began! ICYMI I was in Burbank, California, for a live Friday night taping of Hangin with Mr. Cooper. @rodneypeete9 surprised me by flying in from Dallas, where he was playing with the Cowboys."

Robinson Peete continued, I would not have dropped that hideous dye-to-match magenta handbag LOL it. was. a. moment. Thanks to @therealmarkcurry, @reggiemillertnt, and everyone else who was there that night for being a part of our love story. #fridaymood #ThatsMyQuarterback"

Holly Robinson Peete stated that after learning that their son had autism, her husband, Rodney Peete, went into denial

Holly Robinson Peete received heartbreaking news when her son was diagnosed with Autism at a young age. It was a difficult period for Peete, but she has since overcome it. She found strength and started a foundation to bring the condition to the world's attention.

Holly Robinson Peete received heartbreaking news when her son was diagnosed with Autism at a young age.
Photo Source: Instagram

Rodney Peete Jr., fondly known as RJ, was diagnosed with Autism Spectrum Disorder when he was three years old. Robinson and her husband, Rodney Peete, found it difficult to fully understand and accept their son's fate at first.

Rodney was especially troubled by the fact that his firstborn son, whom he had many plans for and had even named after himself, had this condition. Her husband, according to Robinson, was in denial. She stated: "My husband went into denial, and we struggled a lot."

Holly tried everything she could to get her husband on board so they could start working on a solution together, but it didn't work, and it almost caused a rift in their marriage.

As much as Rodney despised the situation, he had no choice but to stand up for his family and accept his son for who he is. RJ was able to receive the therapeutic attention he required due to early detection.

Unlike many other children his age who have Autism, RJ could comprehend and communicate properly, but he did get tired of his situation. He stated that all he wanted was to be normal like everyone else.

Click Here To See: Is Michael Cyril Creighton Married in 2022? Find It out Here

RJ appeared to be unable to work or find meaningful employment in the early stages of his diagnosis. He has now defied the odds. RJ enjoys sports and works as a Los Angeles Dodgers field house attendant, which is his dream job.

Robinson Peete feels very blessed because of how far her son has come, especially in areas where he was told he would never measure up.

Holly also went to speak with PEOPLE and shared the story of her son, and the story had the desired effect. People approached her and told her that the article had given them hope.

The Peetes have been able to reach out to others in similar situations as a result of their own experience. There is a lot more awareness about Autism now than there was when they first heard about it.

On September 18, 1964, Holly Robinson Peete was born in Mount Airy, Philadelphia, Pennsylvania. Her mother, Dolores, worked as a teacher before becoming a personal talent manager, and her father was a producer and writer.

Robinson Peete was the couple's second child, following her brother, Matthew Thomas Robinson III. Holly attended Greene Street Friends School in the nearby town of Germantown as a child.

Holly had an early interest in acting and made her first television appearance at the age of five in the very first episode of "Sesame Street." At the age of 11, she also worked as a celebrity correspondent on "Kidsworld."

When Robinson Peete was ten years old, her family relocated to Santa Monica, California. She went to Santa Monica High School before enrolling at Sarah Lawrence College. Holly majored in both psychology and French and studied at the Sorbonne in Paris for a year.

Holly enjoyed performing and singing in Parisian nightclubs while in Paris. She considered a career with the United States State Department because of her interest in language, but she decided to try her hand at acting first.