Here's all that you need to know about Kimiko Flynn, Rome Flynn's daughter.

The 30 years old heartthrob Rome Flynn stole the hearts of many with his dashing good looks and rock-hard body. The actor appeared in the CBS daytime drama 'The Bold and the Beautiful' for which he won the Daytime Emmy Awards for Outstanding Younger Actor in a Drama Series. However, his recent portrayal of law student Gabriel Maddox in ABC's 'How to Get Away with Murder' marked the keystone of his career.

Rome, apart from his acting career, also debuted in the music field with his new song Brand New from his first album 'Energy,' which is set to release at the beginning of 2020. The TV actor and singer has managed to win countless hearts and amass quite a fan base from his TV series and a few on-screen movie credits.

As soon as Rome started to gain some traction in his career, speculations about his personal life came flying over the internet despite keeping a tight lip regarding his own life. It wasn't long before rumors about him being married as well as sharing a daughter with Camia Marie started floating around.

The Truth About Rome Flynn's Marriage: Is Rome Flynn Still Dating Camia Marie? Who is His Wife?

Some unreliable sites even went far enough to present these rumors as gospel, but it couldn't be further from the truth. While the actor does have a beautiful daughter, Kimiko Flynn, she isn't from Camia Marie.

The only truth in these rumors is that Rome does have a kid.

Rome's daughter Kimiko Flynn was born on December 12, 2014. The news about Kimiko first came out to the media when Rome, along with his daughter featured together in a photo shoot. The Christmas-themed photoshoot took place in 2015 for CBS Soaps In Depth.

Rome started dating Camia Marie around the same time. Camia's Twitter shows that she first tweeted about her boyfriend Rome sometime around 2015. She also frequently tweeted pictures of Kimiko, which shows that she was pretty close to Rome's baby girl.

Maybe this was what started the rumors in the first place. But the truth is that Camia never mothered Rome's child.

Ever since Kimiko's birth, Molly often takes to Instagram and posts countless pictures of her daughter. Molly's Instagram bio reads 'mommy to Kimiko, ' which confirms that Kimiko is her child. She has posted 1,391 photos as of December 31, 2019, acquiring 10.6K followers on Instagram.

That's all we have for you about Rome Flynn's daughter. In spite of his busy schedule, the actor continually finds time for his little one, which deserves applause.

For more articles about celebrity lifestyle, head on over to Idol Persona. 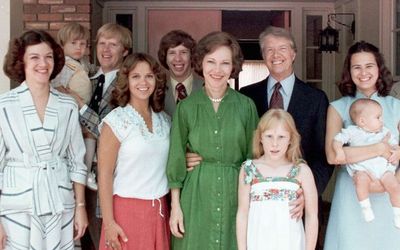 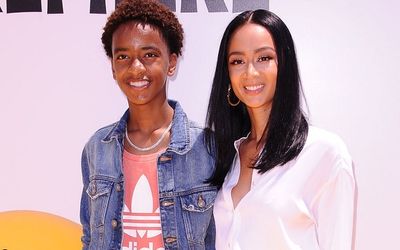