Home / lifestyle / Is Rome Flynn Still Dating Camia Marie? Who is His Wife? 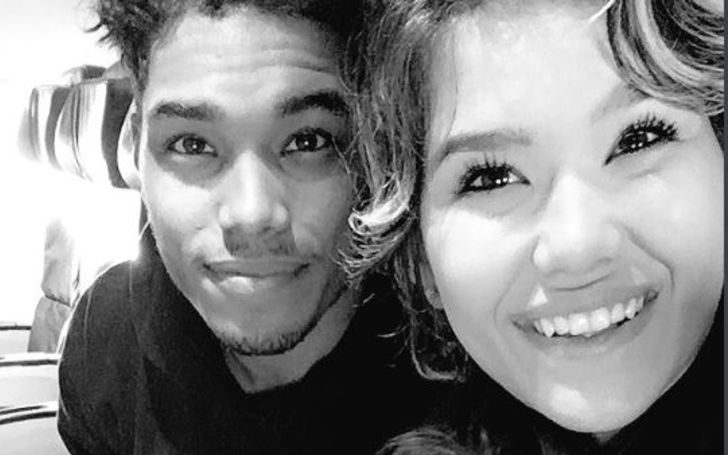 Here's the truth about Rome Flynn's relationship with Camia Marie!

Let's start by saying, don't believe everything that's out there on the internet. Many sites have claimed that Rome Flynn is married to Camia Marie, and the couple shares a daughter together, but there isn't a single shred of evidence that can prove this statement.

Born Rome Trumain Flynn on November 25, 1991, in Springfield, Illinois, Rome is best identified for his role of Zende Forrester Dominguez in the CBS series 'The Bold and the Beautiful.' However, his career has soared to a maximum portraying a law student Gabriel Maddox in the ABC series 'How to Get Away with Murder.' The actor also holds numerous movie credits in films like 'A Madea Family Funeral' and '1/2 New Year.'

Rome, despite his popularity, keeps a tight lip regarding most aspects of his personal life.

Nevertheless, news of the actor dating a model Camia Marie came to light when he told CBS about how the 28 years old actor met Camia. Very poetically Rome said,

We met outside of her house.

The rest is history

The duo also appeared together at the Daytime Emmy Awards in 2016 at The Westin Bonaventure Hotel in Los Angeles, California.

As we said at the beginning of this article, there is no proof of Rome Flynn and Camia Marie entering into holy matrimony despite many sites claiming that the two were married. This rumor isn't true at all, and the actor remains single to date to our knowledge. More so, the pair might've already broken up.

Few sites have claimed Rome took to Instagram in February 2019 and revealed that he is currently single. Perusing through his Instagram, it seems the post has since been deleted, but because Camia stopped tweeting just two months before this news surfaced, it just might be accurate.

Apart from the fake rumors that Rome Flynn is married to Camia Marie, another news concerning Kimiko Flynn, Rome Flynn's daughter, appears to be false. Similar sites that declared Rome's marital status with Camia also affirmed that Camia mothered Rome's daughter Kimiko. Like the wedding rumors, this, too, is fake.

Kimiko Flynn's mother is Molly Noriko Hurley, Rome's past love interest before Camia. Molly has also posted pictures of her with Kimiko, which proves that Kimiko is, in fact, Molly's daughter.

All in all, Rome Flynn is not married to Camia Marie, and Kimiko is not Camia's daughter. These are just some of the fake statements among many made by some unreliable sites seeking to gain attention.

Camia Marie is Married To Anthony Williams As of 2021

Although there was a lot of confusion, the truth was unveiled, and it is fixed that Rome Flynn and Camia Marie are no longer together. How can we be so sure? Well, Camia is married, and the lucky guy isn't Rome.

Coming straight to the point, Camia tied the knot with her boyfriend turned husband, Anthony Williams, as per E Celebrity Mirror. The two love birds shared their engagement rings in early 2020, and following that, they walked down the aisle in July that year.

Camia shared the news to her fans through her Instagram post with a beautiful caption. Moreover, the pair recently expanded their family. They gave birth to a baby boy and named him Alyn Anthony Williamson. The love birds welcomed their son in late 2020.

Here at Idol Persona, we strive to provide factual information. If you find any mistakes in our content, please don't hesitate to contact us.